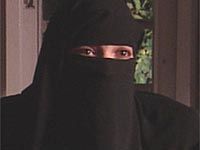 OTTAWA-Why did thieves pump three bullets into the back door and window of an Ottawa tax court judge’s house?

That’s the question at the heart of the police investigation into a break-in last month at the west Ottawa residence of Judge Patrick J. Boyle, whose family remains under RCMP protection.

The gunshots suggest the March 20 break-and-enter was not random or routine. The RCMP’s decision to keep two cruisers parked near the judge’s house Thursday indicates police also have an unusual level of concern.

There’s speculation that the shots could have been a warning related to one of the judge’s cases, or perhaps to the recent marriage of the Boyles’ son, Joshua, to Zaynab Khadr, a prominent member of Canada’s notorious “al-Qaeda family.”

Garon, 77, was bound and beaten to death in his Riverside Drive condominium along with his wife, Raymonde, 73, and a neighbour, Marie-Claire Beniskos, 78.

The brutality of that triple murder shocked the city.

Ottawa police Det. Greg Brown, of the major crime unit, said investigators have not yet concluded whether the cases are linked.

“It’s still under investigation, and if there is a connection, it’s not something we want to make public,” said Brown, lead investigator in the Garon case.

The break-and-enter, which occurred while the Boyles were out of town, has left the family shaken.

A computer monitor, some video games and other items were taken, but nothing of great monetary or sentimental value, the Boyles have said. One report suggested documents were taken from the house.

Patrick Boyle, a leading expert on income tax law, was appointed to the Tax Court of Canada in April, 2007 after a 25-year career with the Ottawa office of Fraser Milner Casgrain.

The Boyles live in a rambling, square-timbered heritage house in the countryside west of the city. The house sits on several hectares of land, ringed on two sides by vintage barns and out-buildings. The closest neighbour is hundreds of metres from their home.

Thursday, RCMP officers in two cruisers — one parked on the roadside, the other behind the house — watched over the property. One officer acknowledged he was there to guard the home, but would not provide further details. “I can’t discuss it,” the officer said.

The RCMP’s protective services unit is responsible for the safety of Canadian dignitaries and federal judges.

Meanwhile, Ottawa police spokesman Const. Alain Boucher said he could not say much about what is an ongoing investigation: “This is an open file,” he said, “and we’re looking at all the leads on this one.”

The break-and-enter has made national headlines because it brought to light the marriage between the Boyles’ son, Joshua, and Zaynab Khadr.

Zaynab, 29, is the eldest daughter of Ahmed Said Khadr, a former University of Ottawa engineering student who went on to become part of Osama bin Laden’s inner circle. He was killed in a firefight with Pakistani forces in October 2003.

Zaynab outraged many Canadians with her comments in a 2004 CBC documentary in which she criticized the way children were raised in this country and suggested that the Sept. 11 terror attacks were justified.

“He (bin Laden) really wanted to hit the American government where it hurt,” she told the CBC. “Not the people, but it. But I mean sometimes innocent people pay the price. They deserve it. They’ve been doing it for such a long time, why shouldn’t they feel it once in a while?”

Zaynab has apparently softened her views since then.

On her website, www.thekhadrlegacy.com, Zaynab said her siblings are proud of their Canadian heritage even though they’ve been “on the receiving end of a lot of very un-Canadian xenophobia, racism and smear campaigns.”

He later worked as a spokesman during Zaynab’s Parliament Hill hunger strike, staged in October to bring attention to the case of her brother, Omar, who remains in detention at Guantanamo Bay.

Zaynab and Joshua were married in a private ceremony three months ago and now make their home in Toronto, where they live with Khadr’s nine-year-old daughter from a previous marriage, Safia.

Joshua Boyle has said his wife has been unfairly vilified because of comments she made at a difficult time in her life.

The Boyles have welcomed their new daughter-in-law into their family.

“While we recognize that both Joshua and Zaynab come from different backgrounds and grew up in different cultures, it is our hope that love will prevail over these unique challenges,” Linda Boyle wrote in an e-mail published Wednesday.

“Zaynab is part of our family now. She refers to me and my husband as ‘Mom’ and ‘Dad,’ and she treats us with all the respect you could hope for from a daughter-in-law. She has brought into our lives the gift of her daughter, now our granddaughter.”

On her website, Zaynab maintains the Khadr family lived in Afghanistan and knew bin Laden, but did not belong to al-Qaeda.

The Canadian Security Intelligence Service, in a declassified assessment of Ahmed Said Khadr, describes him as a “well-connected Islamic extremist” with links to terrorism.

“Khadr was declared by the UN to be Osama bin Laden’s moneyman, described by his own sons as al-Qaeda’s ‘secretary of state,’ and accused by the RCMP of indoctrinating his own children to create his personal terrorist cell,” the CSIS assessment concludes.

Two of the Khadrs remain in custody. Omar has been in Guantanamo Bay for more than six years awaiting trial on charges that he killed a U.S. soldier in Afghanistan by throwing a grenade. He was 15 at the time of the July, 2002 incident, and his defenders contend he should be treated as a child soldier.

Another sibling, Abdullah Khadr, is fighting extradition to the U.S., where he has been indicted on terrorism charges.
© Copyright (c) The Ottawa Citizen