Sri Lankan cricket team brutally slaughtered by ‘well trained terrorists’. From The Australian. A truly excellent online newspaper. Thanks to ‘R’ our contact in Oz. 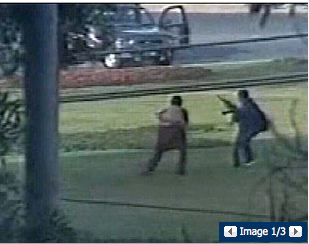 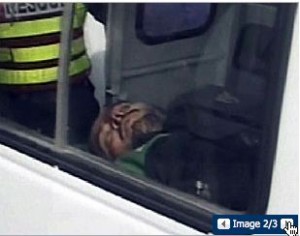 The cricket tour was called off following Tuesday’s attack and arrangements made to fly the visiting team straight home.

“They appeared to be well-trained terrorists. They came on rickshaws,” said Rehman.

The attack happened as the team was heading for the third day’s play in the second Test against Pakistan.

Television footage showed several gunmen creeping through trees, crouching to aim their weapons and then running onto the next target.

Broken glass littered the road next to a gun cartridge and an empty rocket-propelled grenade launcher. A police motorbike was shown crashed sideways into the road at the Liberty Chowk roundabout.

Bullet holes ripped through the windscreen of another vehicle and a white car was shown smashed headlong into the roundabout as nervous security officers guarded the site.

Pakistani civil defence experts defused two car bombs and recovered a stash of weapons after the attack, an official said.

Officials gave no details about the fate of the gunmen.

Sri Lanka’s President Mahinda Rajapakse condemned the action as a “cowardly terrorist attack”.
Officials said six team members were wounded and the team was immediately ending its tour of Pakistan.

Assistant coach, Englishman Paul Farbrace, and star batsman Thilan Samaraweera were kept in hospital although their injuries were not believed to be life-threatening, said Sri Lanka’s Sports Minister Gamini Lokuge.

“This test match has been officially called off,” Pakistan Cricket Board chairman Ijaz Butt told reporters in Lahore.

“We are providing helicopters to evacuate the team from the ground to an air base from where they will leave,” Salman Taseer, the governor of Punjab province of which Lahore is the capital, told reporters.

“We are going to catch these terrorists one way or the other,” he said.

There was no immediate claim of responsibility for the attack but fears of attacks by Islamic militants linked to al-Qaeda have caused many teams to postpone or cancel cricket tours to Pakistan in recent years.

The shooting also came as the Sri Lankan army pushed its final offensive against ethnic Tamil rebels in the north of the country in a civil war that has claimed tens of thousands of lives.

The brazen attack sent shockwaves through the world of cricket and immediately raised doubts about the 2011 World Cup which is due to take place in Pakistan, India, Sri Lanka and Bangladesh.

“What has happened is very shocking indeed,” said N Srinivasan, secretary of the Board of Control for Cricket in India (BCCI).

“We have been saying that there was a lack of security and safety in Pakistan. But this is not the time to give statements on that. At the moment our concerns are only for the Sri Lankan players,” he told AFP.

“My thoughts and prayers are not only with my friends in the Sri Lankan cricket team, but with the families of everyone that has been killed or injured in today’s attack,” he said.

The attack cast another cloud over Pakistan cricket which has been reeling from a string of cancelled tours and tournaments.

Australia earlier this month forced Pakistan to change the venue of a one-day series to the neutral venues of Dubai and Abu Dhabi when the two sides meet in April-May this year over security fears.

4 Replies to “Cricket team focus of slaughter in Pakistan”