Recently in a televised session of the Dutch parliament the plug was pulled on state TV to prevent Geert wilders, leader of the peoples freedom party in the Netherlands from giving his say about the years government policies.

The fact that leftist bureaucrats use their positions at government orgs. like TV stations to create real power for themselves and therby take it away from elected representatives and therefore the people is a much more serious thing than this may appear on the surface. One has to wonder how often this happens here in Canada. I suspect its so much the norm at the CBC that the plug doesnt have to get pulled. A thing the left doesn’t like never makes it to air or is so badly mangled as to make any opposing voice seem fanatical or insane.

Perhaps some Dutch speaking reader of this blog would be kind enough to translate as much of this speech as did make TV for us so we know what at least prompted Dutch State TV to cause a mysterious technical problem that was solved the second Geert Wilders was finished speaking?

Here is the text from Dutch blog, Klein Verzet (little resistance) out of Holland

Again censorship in The Netherlands 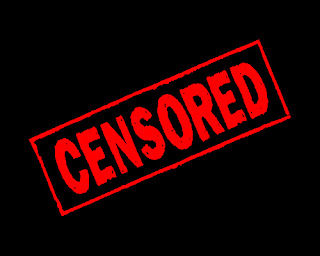 Every year we have a Dutch political event named ‘Prinsjesdag’. It’s a day when the head of the government, Queen Beatrix, explains the main features of the intended government policies for the coming year. On that day both houses of parliament listen to what the royal head of state has to tell them. The day after ‘Prinsjesdag’ all political parties are allowed to give their reaction to the new government plans. This event, that the Dutch political elite holds dear, is named in Dutch: ‘algemene beschouwingen’.

The Dutch government runs many state television channels and of course on one of them the whole ‘algemene beschouwingen’ is broadcasted live. The Dutch state broadcaster, named NOS, handles the event. The NOS is run by leftists, who rather want to silence real opposition to their leftists causes. Thus the NOS this year censored the: “algemene beschouwingen”.

In the Netherlands it’s Geert Wilders and his Party For Freedom (PVV) who are currently the biggest challengers of the leftist status quo. They oppose Islamization, climate hysteria, high taxes and many more celebrated leftist elite causes. Thus after Geert Wilders spoke for 20 minutes and started really to fire up, they pulled the plug (NL). The NOS stopped transmitting his speech (NL), claiming there was a ‘technical problem’.

But the bloggers at Geenstijl.nl found out that a secret live stream that apparently uses the same live feed as the NOS, was still alive and functioning without any problems (NL). Also intriguingly coincidental was that after Wilders finished his speech, the ‘technical problems’ suddenly were gone and they continued the live broadcast without any problems.

Will this backfire to the NOS or it’s management? Of course not, after all it was just an unfortunate ‘technical problem’ wasn’t it? Well, I bet that the only way to fix these kinds of ‘unfortunate technical incidents’ is to fire people at NOS management positions. But that isn’t going to happen, because these positions are appointed on basis of political affiliation.