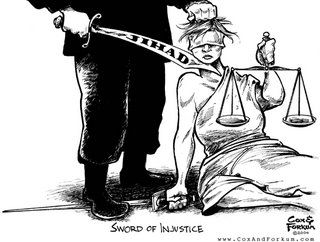 The allegation is not that any of us tortured anyone. And it is not that any of us even directed anyone to commit torture. The allegation is that, when we advised President George W. Bush on the Geneva Conventions and detainee interrogations, our interpretations were wrong — in the view of the disapproving Spaniards. According to the complaint, these wrong interpretations encouraged the president to make decisions that led to torture. END_OF_DOCUMENT_TOKEN_TO_BE_REPLACED