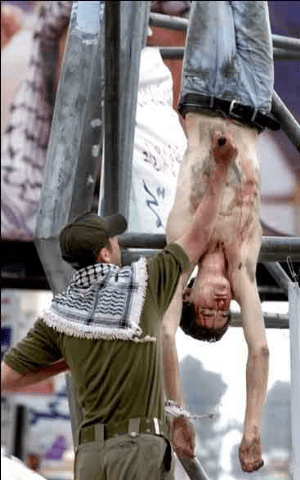 The Palestinian authorities tell the world it wants peace with the Jews then turns around and tells Palestines they will be killed for selling land to the filthy Jew. Make no mistake. Palestine’s problem with Israel has never been about Zionism, it is the fact that it is a Jewish state. Religious teachings in The Qu’ran tell Mohammedans to find and kill the Jew where ever they are.

The Palestinian Authority has issued yet another warning to Palestinians against selling their homes or properties to Jews, saying those who violate the order would be accused of “high treason” – a charge that carries the death penalty.

The latest warning was issued on Wednesday by the Chief [Islamic] Judge of the Palestinian Authority, Sheikh Tayseer Rajab Tamimi, who reminded the Palestinians of an existing fatwa [religious decree] than bans them from selling property to Jews.

Sheikh Tamimi’s warning came in response to reports that Jewish businessmen from the US had purchased 20 dunams of land from Palestinians on the Mount of Olives in Jerusalem.

Warning the Palestinians against engaging in “suspicious real estate deeds,” the religious leader said that according to Islamic teachings it was a “grave sin” to sell houses and lands to Jews.

He said that the ban also applies to real estate agents or middlemen who are involved in such transactions.

He warned that anyone who ignores the warning would be punished in accordance with Islamic teachings and would also be ostracized by his community and family. END_OF_DOCUMENT_TOKEN_TO_BE_REPLACED