Police have arrested four men from the social circle of the Breitscheidplatz [Berlin Christmas market – translator] terrorist Anis Amri. The main suspect planned knife attacks on passers-by at the Berlin Half Marathon. The motive is allegedly revenge.

According to information obtained by Die Welt, Berlin Police prevented an attack at the Berlin Half Marathon. Special Forces arrested four men, the main suspect among them. He allegedly planned to kill audience members and participants of Sunday’s sports event.

According to information by Welt, the suspect is from the social circle of the terrorist Anis Amri. One of the apartments that is being searched now, in City West, had already been searched after the attack on Breitscheidplatz before Christmas 2016.

Detection dogs, specifically trained on explosives, barked in the basement of an alleged accomplice of the main suspect, who was overpowered by the SEK [German elite police forces – translator]. A high-ranking police leader said to Welt: „We are still analyzing. But it seems this was a close call.“

The main suspect allegedly had two extra sharpened knives to carry out his planned bloody deed. But as the man had been under the surveillance of security authorities for quite some time, there was allegedly no concrete danger.

A successful attack in Berlin, similar to the deed in Münster on Saturday, would have hit a crowded inner city where lots of people are up and about. 32,000 runners, more than ever before in its history, attended this year’s 38th Berlin Half Marathon. The mild spring weather drew a large audience.

Just before noon, the interior senator of Berlin, Andreas Geisel (SPD), had declared in view of the attack of Münster that he had reviewed the already strict security measures. But there was no imminent danger. This is true in that a mobile force (MEK) had been surveying the friend of Amri 24/7 for quite some time, and the Berlin SEK were prepared to overpower and arrest him on Sunday at any given time.

According to security circles, the man wanted to avenge the death of his friend Amri with the knife attack. The Tunisian had plowed into the crowd on the Christmas Market at the Kaiser Wilhelm Memorial Church with a truck on the evening of December 19, 2016.

The first severe islamistic attack in Germany took the lives of twelve. Other visitors to the Christmas Market were severely wounded. Amri managed to flee unidentified from the crime scene and travel across half of Europe for a few days. On December 23., he was shot by Italian police officers near Mailand. 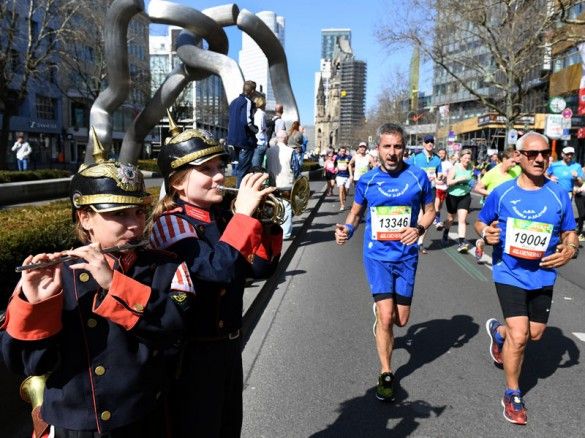 Berlin Half Marathon 2018. In the background the Kaiser Wilhelm Memorial Church where the 2016 attack on the Christmas Market took place. Photo: SCC EVENTS / Camera4 via Berliner Halbmarathon

Families and survivors of the Berlin Christmas market attack have to this day not received a letter or word of condolence from the German government. For some families, all official communication they received was an invoice from the morgue:

The bill sent to terror victim’s family instead of condolences

This news story reminded me of this photo: 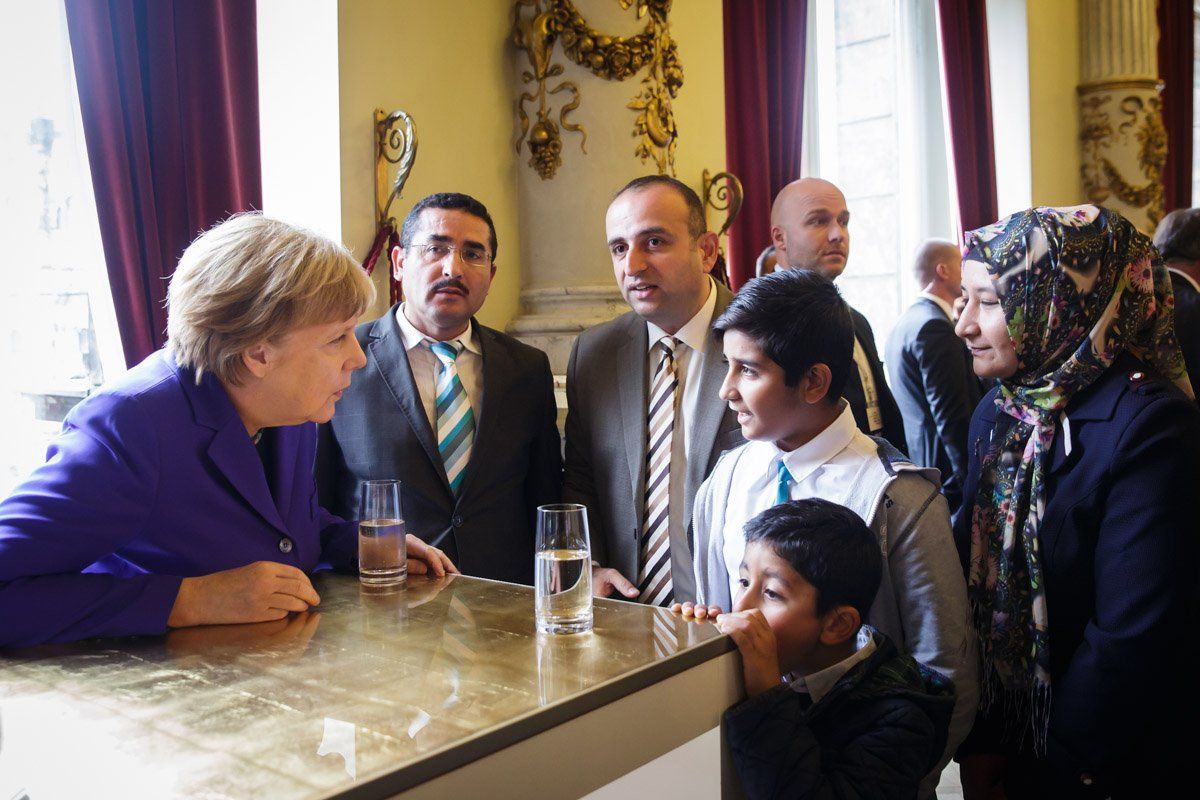 Merkel meets the family of an Imam whose Mosque was attacked, Reunification day celebrations, October 2016

The story behind this photo is that this is an Imam and his family, being official guests at the reunification day celebrations and meeting Merkel, because just a week before, a small blasting agent exploded in front of their Dresden DiTiB-Fatih-Camii-Mosque.
The official spokesman of the German government tweeted out the photo.