On the first couple of pages of Stephen Coughlin’s important document, Re-remembering the Misremembered Left, he points out that what we experience from big-media is not fake news, but enemy propaganda.

It’s not a subtle distinction. Fake news is usually material like, “Elvis raised an alien baby”. Or “Woman marries man for 5 years before realizing he was a zombie”. There is no general direction to it. It doesn’t intend to manipulate you to a specific preplanned destination.

Compare that to how in this case Canadian big-media treats a news story. This site has documented  many instances for CBC where it fabricated a narrative and presented it as truth knowingly and in stark opposition to what happened right in front of them. And often using technical wizardry to hide the evidence of what really took place in their own footage.

This has happened at events I was actually at. So I know what they did, and know it wasn’t a question of interpretation. In one case, CBC ‘covered’ a protest on July 1 2020 at Parliament Hill which was attended by no less than a thousand and possibly a few thousand, and were there protesting the lockdowns and Trudeau’s breach of a new trade agreement with the US. Protesting Trudeau in general as well. The man who led the protest, marched everyone down to the US embassy to present evidence that Canada was in breach of an aspect of the new North America trade pact and should be suspended till it was fixed. CBC reported it as a few hundred red neck Canadians who were upset that they didn’t get a party on Canada day and used technical wizardry to get rid of the audio of the speeches given at the time so the audience wouldn’t know the real issue.

CBC made sure their crew was far from the demo of course. So there would be no danger of being contradicted by the reality of the event to the narrative they were spinning.

In another great example of enemy propaganda, Global News wrote an astonishingly blatant lie about an event at a performance of Fidler on the Roof in the US. In this case, a slightly drunk man who hated then President Trump, was watching the play and just before intermission, got up and did the Nazi salute and yelled, “Heil Hitler, Heil Trump!”

People in the audience stood up and looked at him as the lights came on for intermission, and he went to the lobby to meet the police where he explained (paraphrasing) that he ‘hated Trump so much that the play reminded him of how much Trump was like Hitler and he had to let his feelings be known.’

All this is on video. The people calmly looking at him, and his explanation of why he did it.

But Global reported it as a Trump supporter terrifying Jews at a performance of Fidler on the Roof and people panicking and running from the theatre. They didn’t change or correct the story for the week or so I bothered to check.

So this is enemy propaganda. Its not fun, clearly fake, or makes no real difference like Fake News is. These lies are meant to point the audience in a specific direction. This is the job of propaganda. And its enemy because its against the people. Trump, whatever else he was, worked for Americans, and American values and laws and rights. So he had to go. And CBC makes sure anyone who isn’t fully in lockstep with the neo-Marxist agenda Trudeau is pushing, is branded as a hater, guilty guilty guilty of the most heinous of thought crimes they can impute and project on them.

As it happens, yesterday I met a man who was victim to an identical act of enemy propaganda and sent me his files. This time is was CTV. Another on the list of giant media companies to which, at least one presumes, Trudeau made an offer they couldn’t refuse.

Watch this CTV story and pay careful attention to the signs in the background. Try and read them all, especially the white ones.

Notice two people holding signs that say the name of the union on the left: PSAC but the rest of the sign is white. 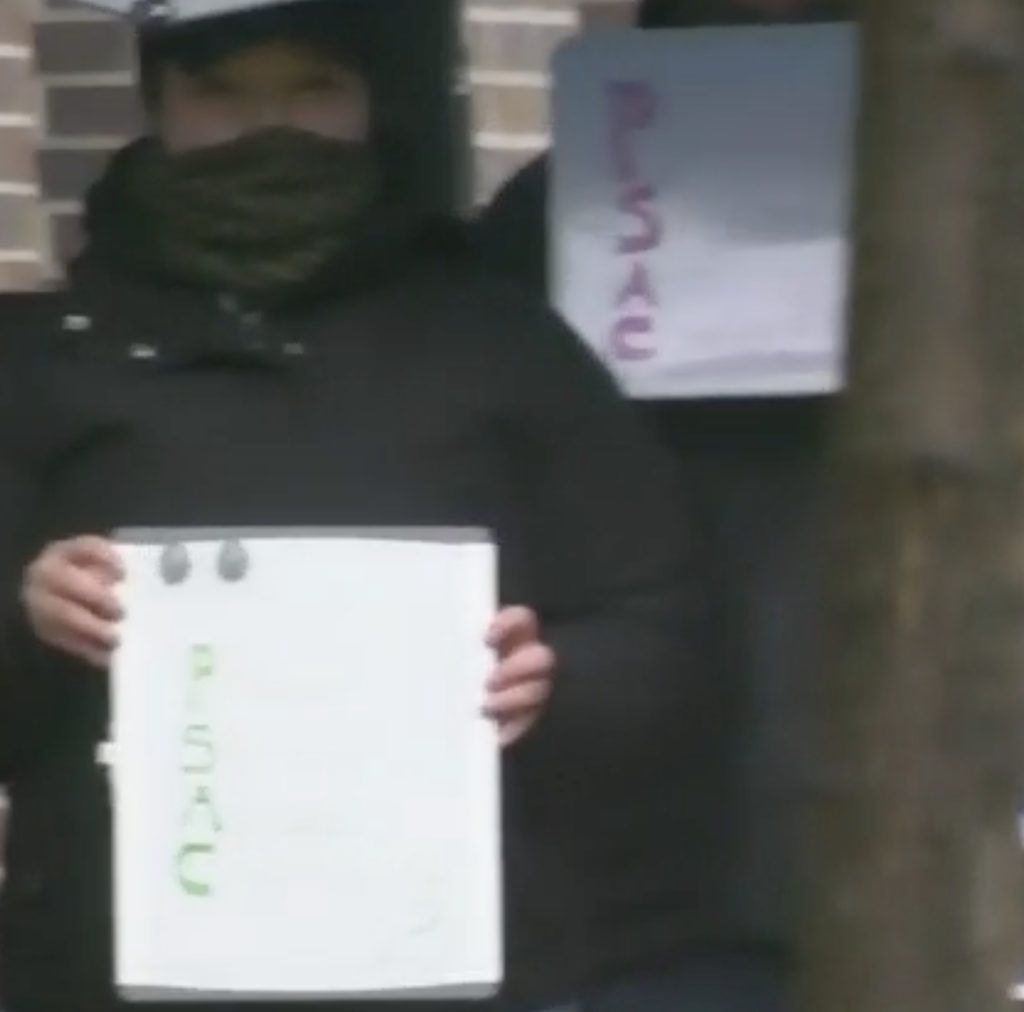 Weird that you can read PSAC going down the sign but nothing else. So it can’t be a depth of field issue. Also its at the same distance as the other signs. Curious.

Here is a photo of the same event and sign supplied by someone present at the event: 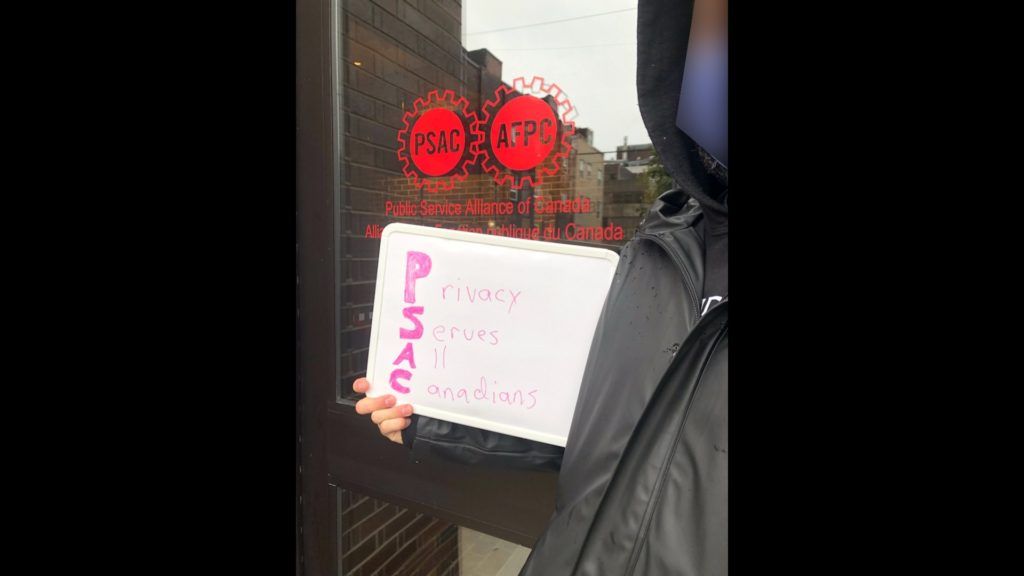 What seems to be the case, is that CTV deliberately whited out the signs which read: Privacy Serves All Canadians.

Not sure why they felt this message was such a threat, other than the obvious one that we are rapidly being conditioned to think privacy is a quaint old idea that has no place in a progressive society. But it sure looks like they used technical means to make those signs unreadable. Or perhaps because they turned the signs from being critical of the Public Service ‘union’ to seeming to be supportive of it. Which is most likely. And more repugnant on something which is paid heavily to sell us “News”.

These are just a few of the thousands of examples of why big-media in Canada is not fake news, but enemy propaganda. 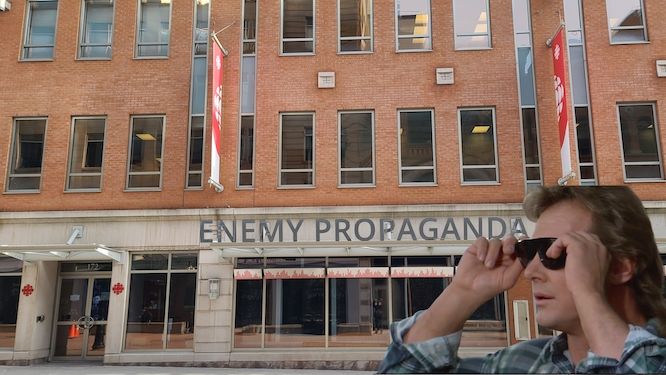