From this Danish publication

The controversial words were spoken during Friday prayers at a mosque on Nørrebro in Copenhagen. 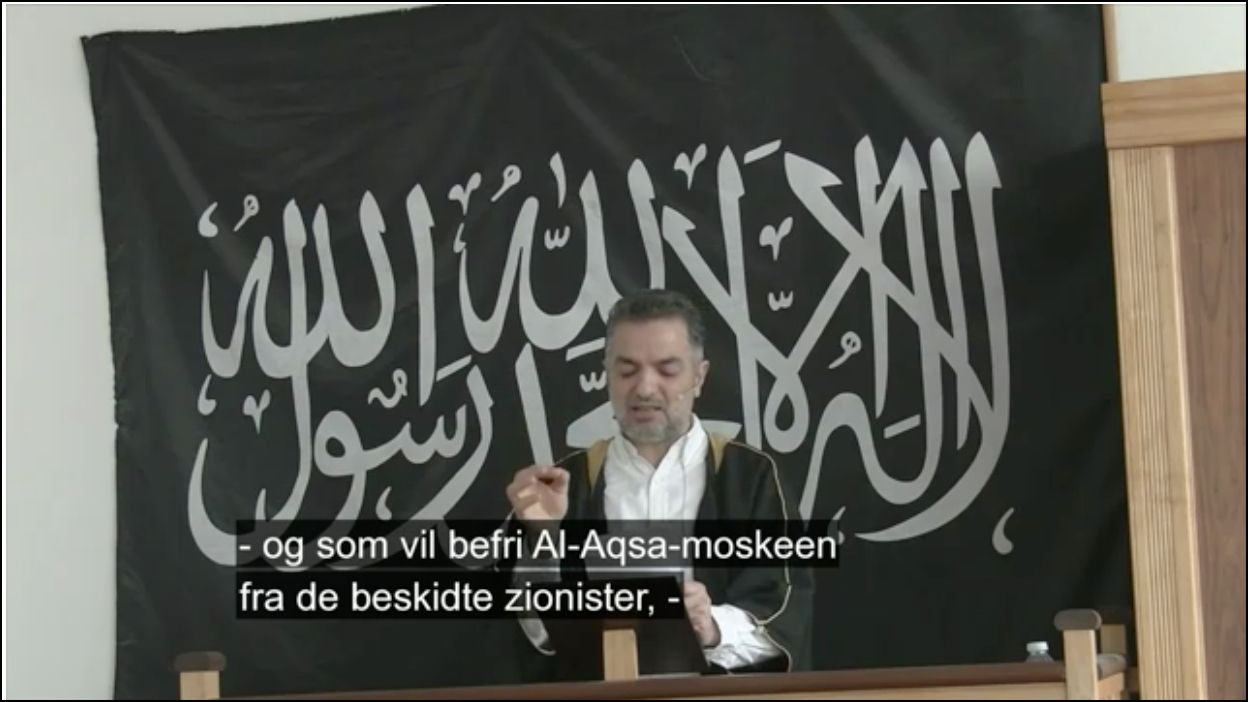 An imam from a mosque in Nørrebro in Copenhagen has been charged for encouraging the killing of Jews.

This was stated by the prosecutorial authority in a press release.

This is the first time a prosecution has been initiated under the so-called Imam Act of January 2017. The Imam Act was passed in an effort to curb radicalization and religious [hate] preachers.

“These are heinous statements, and I think it is quite right that the court now has an opportunity to assess the case,” says Advocate General Eva Rønne from the State Prosecutor’s office.

She has the sermon on video, as the mosque from Nørrebro in Copenhagen itself posted it on Facebook and YouTube.

“Come and kill him”

According to the Prosecution Authority, the sermon consists of both the imam’s own words and a quote from the Quran. The imam says, among other things:

“Judgment Day will not arrive until Muslims fight the Jews in order that the Muslims may kill them — and the Jew will hide behind rocks and trees, and the rocks and trees will say,” O Muslim, O God’s worshiper, there is a Jew behind me, come and kill him.”

Assistant State’s Attorney Eva Rønne explains that it is legal to quote religious scriptures from the Quran and the Bible, but it is punishable if, for example, killing a certain segment of the population is applauded and that the person preaching the words at the same time makes the words his own.

“It has always been illegal to accept the killing certain segments of the population, but what is new is that we now have a method to target hate preachers that can sentence them to up to three years in prison,” she says.

The Jewish Society in Denmark is pleased that the word of the imam are now going to appear in court.

“For us, there was no doubt as to what the statements mean. It has been deeply worrying,” says chairman Dan Rosenberg Asmussen to TV 2.

“There are examples for weak souls who listen to preachers,” he explains.

The imam is also charged under the racism section of the law.

The criminal case will be prosecuted at Copenhagen City Court, but a date has not yet been scheduled.

12 Replies to “Denmark: For the first time ever an imam has been charged with encouraging the killing of Jews”