Thursday, Police moved in at the International Tourism Fair (ITB) at Berlin fair halls – to protect the Israel booth. By Hannes Heine. March 9., 2018 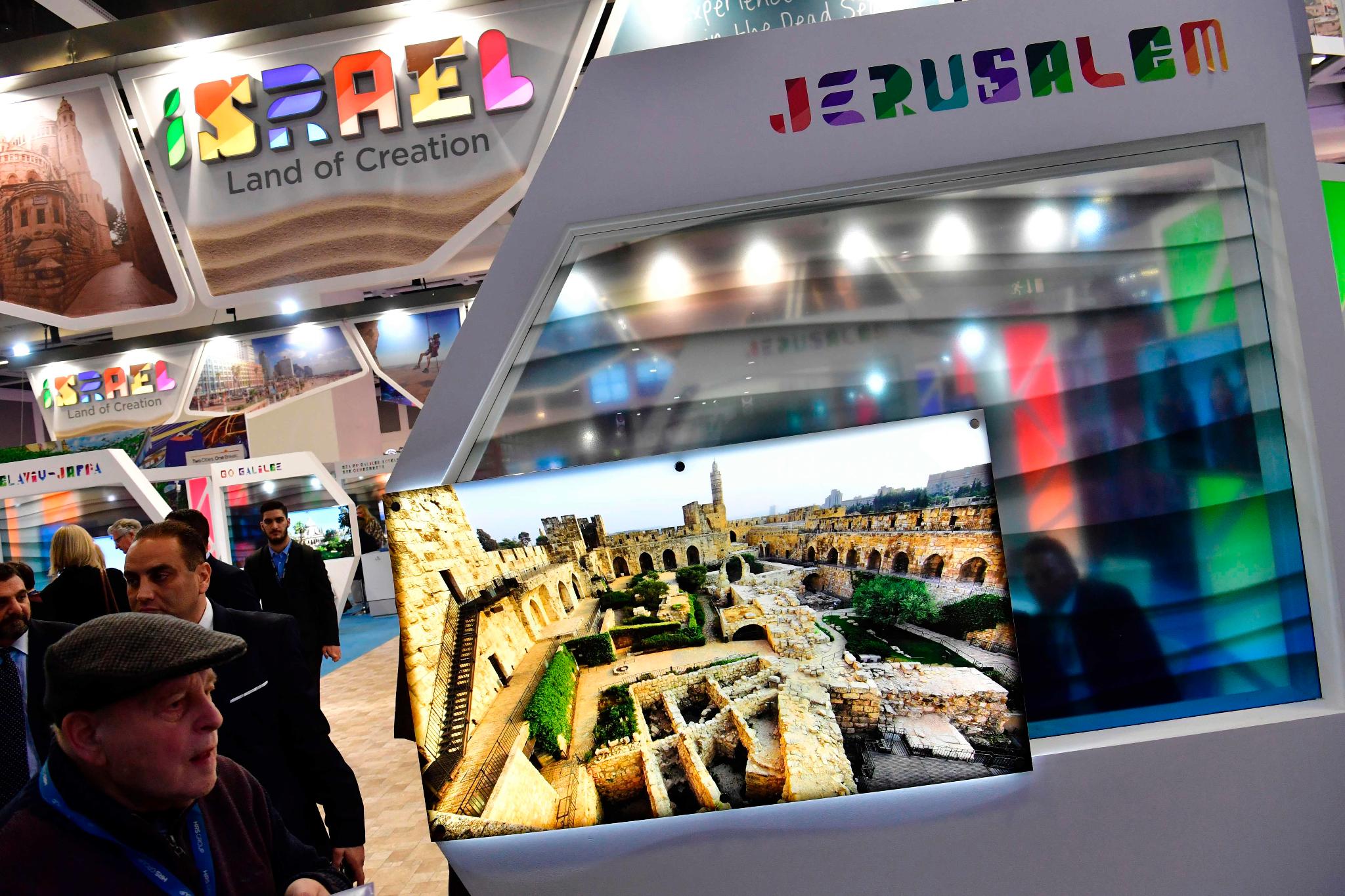 Israel’s booth at the International Tourism Fair was targeted by harassers – from the security company, of all people. Photo: Macdougall/AFP

An incident occurred at the Israel booth at International Tourism Fair (ITB) at Berlin fair halls on Thursday. Three men of a security company employed by the fair loudly marched towards the booth by the Israel Tourism agency, chanting “Free Palestine”.

Police dragged the men away in the end and banned the troublemakers. A fair spokesman confirms the incident.

Visitors report that the three men were of Arabic ethnicity. It is yet unclear if they had caused trouble before or if police are investigating for causing a disturbance.

Police officers have warned repeatedly that security companies in Berlin employ young men who have connections to notorious clans and radical mosques. There was no harassment at the ITB booths of Turkey, whose military is just moving into the Kurdish-Syrian city of Afrin, or Egypt, which currently sees massive anti government protests.