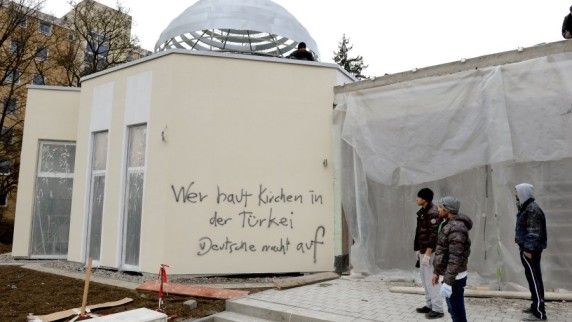 Someone in Augsburg spray-painted the facade of an Ahmadiyya mosque construction site with the words:

“Anyone building Churches in Turkey
Germans wake up“,

and in Regensburg, unknown people have erected 26 crosses, displaying the names of terror victims, on the construction grounds for a planned Turkish Ditib Mosque: 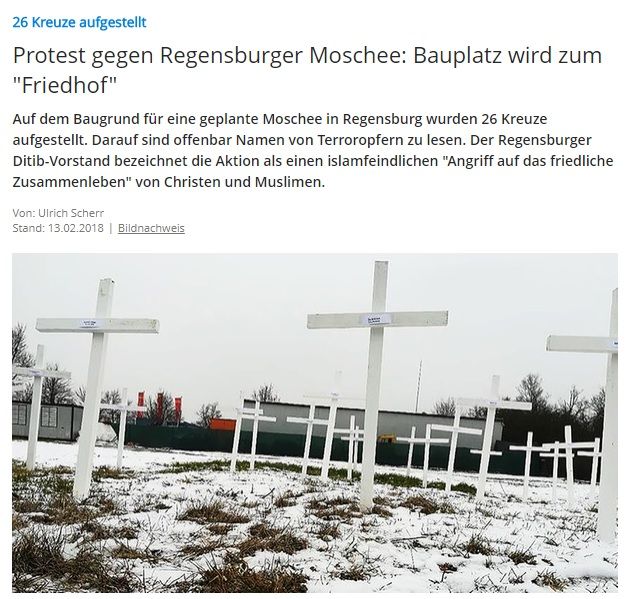 Augsburger Allgemeine report on the spray-painted mosque that

“Raziq Ahmad Tariq, member of the Ahmadiyya Muslim Jemaat, finds the message behind the graffiti terrible. “It is sad that there is such thinking in Germany.“ (…) Tariq finds it problematic that people have a wrong impression of Islam. The community wants to provide educational work. He says there are afternoon coffee parties planned. On these occasions, they want to introduce themselves to the people of Augsburg. “We want people to get to know us.“

Tariq, when you will hold these coffee parties to give the good people of Augsburg the right impression of Islam, do mention the barbaric “honor“ killings that Ahmadiyya have commited in Germany, will you?

At least Augsburger Allgemeine have the integrity to mention that despite propagating an allegedly peaceful, “true“ Islam; “the inner rules are said to be strict, headscarf is mandatory, and gender segregation is strict.“

Meanwhile, in Regensburg, Bayerischer Rundfunk report that the mosque association Ditib (Erdogan’s extension in Germany) lamented that the construction site “looked like a graveyard“, and called it an “attack on the peaceful coexistence of Christians and Muslims“, and demanded a stronger presence of the security authorities to be “better protected from abuse like that in the future“.

So a peaceful, creative protest is an attack, and us kafir being killed in terror attacks and suffering daily abuse is “peaceful coexistence“.

Update: The Identitäre Bewegung Bayern, the Identitarian Movement Bavaria, today (Feb. 14) announced that the crosses were their initiative. While acknowledging that Ditib are not directly responsible for terrorism, the Identitären criticize that Ditib in general is an extension of Erdogan, and that Ditib Regensburg in particular featured the radical convert and Salafist Pierre Vogel, and other radical Salafists, as guest speakers. 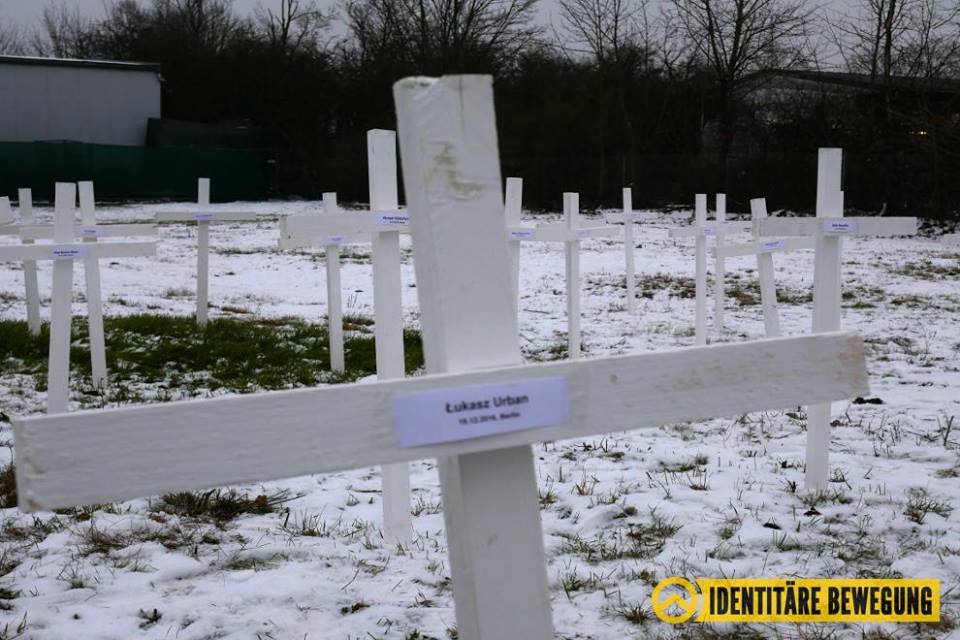