A new phenomenon, brutal attack-rapes by strangers, is making German women uneasy about running or going out alone. Please keep in mind of course that these are just isolated incidents™.
The following original translations are a selection: 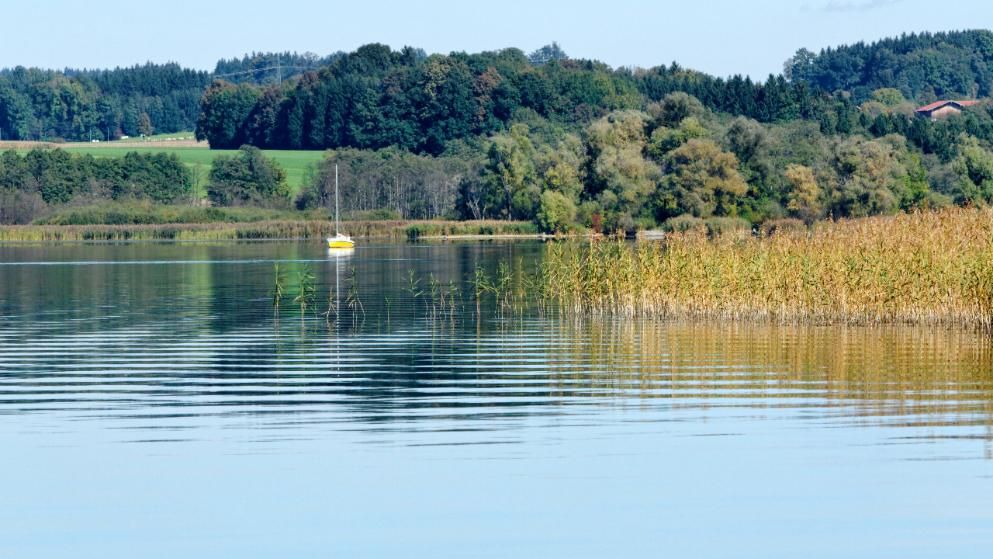 The woman was raped south of the Lake Sims

September 10, 2017
Roedering – A runner was assaulted and raped by an, at that time, unknown man on Saturday around 10 AM south of the Lake Sims.
She was running by herself, when the unknown man joined her for a while and chatted her up. Suddenly, he threw her to the ground, and despite her resistance, performed sexual acts on her right next to the road. Thanks to her massive resistance, the victim was able to free herself and flee. When another runner, who was an acquaintance of hers, came her way, the perpetrator fled.
Thanks to the description of the perpetrator, at the manhunt which immediately followed, the suspect was detected in the nearby nature reserve and arrested by officers of the police station Rosenheim. He is a 34-year old, rejected asylum seeker from Nigeria.
Prosecution Traunstein requested a detention arrest warrant against the man. The investigative judge confirmed it, and the man was taken to a place of detention.
A woman who was sitting on a park bench witnessed the conversation of the running future victim with the suspect. The criminal investigation department Rosenheim ask her to please get in touch under the telephone number 08031/200-0.

2. Focus
Leipzig: After brutal rape of runner, police recommend caution
September 3, 2017
A runner is raped so brutally near the Leipzig Zoo that she has to have emergency surgery. Police are hoping for help in the manhunt by the locals – and they ask runners to be cautious.
“If you are running alone, at the moment, you should thoroughly observe your surroundings, and look behind you after you have overtaken someone. If you can, then run in pairs”, police speaker Uwe Voigt tells “Stern”.
Police are still hoping for help from the poeple. Police are looking for, in their own words:
a man of medium size, about 25 to 35 years old
with dark hair,
a short, unkempt beard
of strong build
Police are looking into possible connections with other offenses.
According to police, the man had ambushed the woman on Friday before noon in Rosental, a park-like area of the Auen forest in Leipzig which is also popular with walkers. He dragged her to the ground, pulled her onto the grass, and raped her there. He beat and kicked her face so violently that she had to undergo emergency surgery in the hospital.
According to the runner’s description, the perpetrator was of a southern type, probably wearing a grey, knee-length trousers, a blue-green checkered shirt, and a light jacket. He wore a baseball cap in a muted color.
The victim much older than 50
According to police, the victim is much older than 50 years, but the speaker did not give more details. There hadn’t been a brutal attack like this in a long time. But they were investigating whether there was a connection with two offenses from a few days ago. This were difficult though, because there were no exact description of the perpetrator in these cases.

3. Bild Woman dragged into forest and raped
July 23, 2017
Rosenheim – She was alone on her way home in the early morning. Suddenly she was grabbed from behind…
Early sunday morning (July 23.) a sexual assault took place in a patch of forest near Kunstmühl Street in Rosenheim, at which a woman (21) was raped by an unknow perpetrator.
The criminal police are asking for help under 08031/2000!

The young woman was on her way home from downtown early sunday morning, between 3 and 4 AM. At the train station, she walked through the underpass to Klepp Street. Then, she pushed her purple bicycle on the dam at Mangfall canal in the direction leaving town. Then it happened: an unknown man suddenly grabbed her from behind, pulled the woman in a patch of forest before Hochfelln Street.
There, he raped the 21-year old and fled. The victim went looking for help in the nearby residential area Kunstmühl Street, upon which a resident called the police.
Desctiption of the perpetrator:
Age mid thirties, approximately 170 to 175 cm tall, short dark hair, slim built, dark complexion, spoke broken German.

Police want to know: Who saw a woman with bike on the Mangfall Canal dam at the time of the crime, early Sunday morning, who was approached respectively attacked by a man?
Did someone observe a man, who was behind the victim and possibly followed her?
One important witness briefly spoke to the woman on her way home in the underpass at the train station. Police urge the man to contact the criminal investigations department.
Teh criminal investigations department is asking for help under 08031/2000! 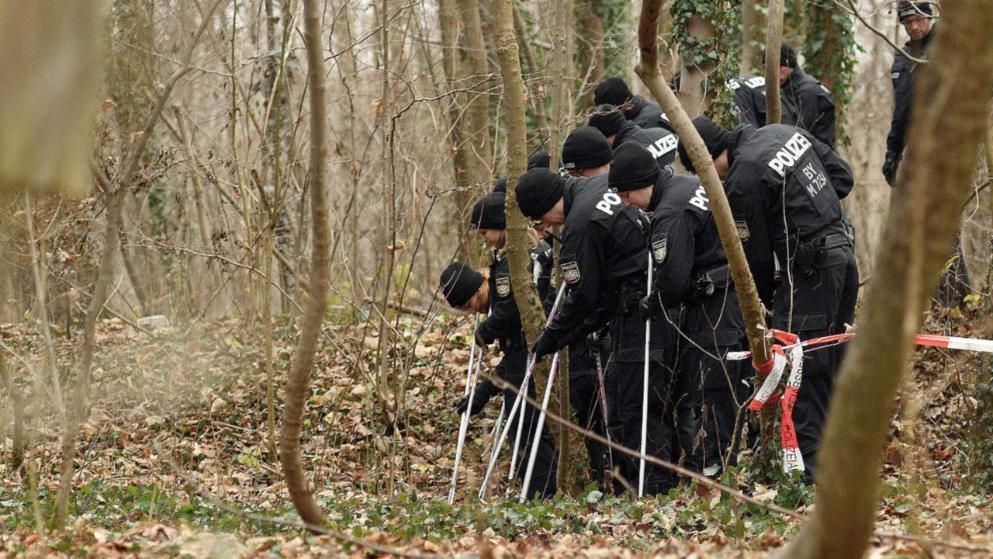 April 11, 2017
Munich – Finally! It seems that the low-life rapist from the English Garden is caught.
As police reported on Tuesday before noon, a 27-year-old suspect was arrested in connection with the sexual assault on a runner near Emmeramsmühle in December.
He is said to have attacked and overpowered the 45-year-old woman on the Isar Isle in the English Garden from behind. Then he dragged his unconscious victim in the bushes and raped her. When the woman regained consciousness, she managed to drag herself into a near-by guesthouse, bleeding from the mouth and with a scratched up face. She had to be taken to hospital.
It seems that the man had not only struck in the English Garden. A brutal rape from November 2015 appears to have been committed by him, too. The victim back then was a 29-year-old woman.
The alleged perpetrator is a Turkish asylum seeker, who had come to Germany in 2015, and has since been living in a refugee accommodation in Munich.
He is in custody. Despite the state of evicence, the suspect denies the deeds.

we covered this incident back then:
5. Bild: Woman Abused in Front of Her Boyfriend – Camping Site Rapist Is Rejected Asylum Seeker

By M. Jügling, D. Soibel and G. Xanthopoulos, April 10, 2017
Bonn – The Ghanaian (31) who was arrested Saturday before noon at the river Rhine in Beul was living in a refugee accommodation. According to informatin obtained by Bild, he is a rejected asylum seeker who had been living in St. Augustin since March 3.
The man had come to Germany via Munich from Italy, and was apprehended by Federal Police in Kassel on February 9. He applied for asylum. His application was rejected in March. Bild found out that he had already applied for asylum in Italy.
It remains unclear why he was not deported in spite of the rejected application. He lodged an appeal against the rejection on March 23. Eight days after the deportation notice, he committed the crime.

6. The following is not a rape, “just” an attack, but still noteworthy for the unusual brutality:
6. Police Berlin: Runner Assaulted – Suspect Arrested
Police Report Nr. 0807 of April 06, 2017
Only a few hours after police had released pictures of an alleged robber, officers arrested a suspect last night around 0:45 in Gesundbrunnen. Several hints from people had led officers on the traces of a 17-year old, who, according to a first assessment, is the suspect. Investigations are ongoing.

Police Report Nr. 0801 of April 5, 2017: Runner Assaulted – Suspect searched with pictures
With the release of a video and photos, criminal police are looking for a young man and asking the people for help. On Sunday, March 19, 2017, around 9.35 PM, a 40-year-old runner in the Mauerpark in [Berlin] Prenzlauer Berg was assaulted extremely brutally. The perpetrator repeatedly pummeled the woman, who was already lying on the ground, with a brick, and robbed her jacket. The victim suffered severe head inuries and has to be treated in hospital. 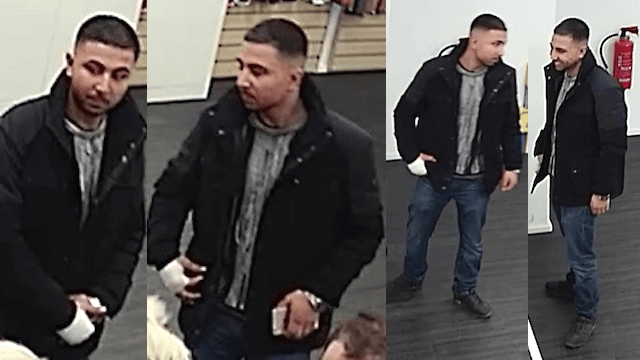 Police footage of the (confirmed) suspect shortly after the attack, in a mobile phone shop, probably with the victim’s mobile phone. Photos: Police Berlin

First report Nr. 0637 from March 20., 2017: Runner assaulted
An unknown man brutally assaulted a runner yesterday evening in Prenzlauer Berg. According to the current state of information, the 40-year old was running on the Hauptweg (main road) through Mauerpark around 9:35 PM, when an unknown man suddenly hit her over the head with a brick from behind. She subsequently fell to the ground, and, lying there, was further pummeled with the brick, and kicked in head and shoulder by the man. The robber dragged at her jacket and managed to steal it. The woman was able to save herself into Gleim Street. While fleeing, she still noted that the man searched her jacket and stole it and the smart phone that was inside. The runner suffered a broken jaw and a broken hand. She was taken to hospital for in-patient treatment.

12 Replies to “A German Rape Epidemic”