1, Video of Islamic mall stabber released today. They seem to actually deal with the facts. The White House muse be losing its grip.

2. ‘Get out of Canada’: Students angered, concerned after finding dozens of anti-Muslim posters.

Maybe if the Polish and French and Czech’s and others had thought of get out Nazi posters, the war could have been a lot shorter and less bloody. Still, its good to see a few Canadians brave enough to call out the racist, hate fueled anti-civilization beliefs and ambitions of Islam. 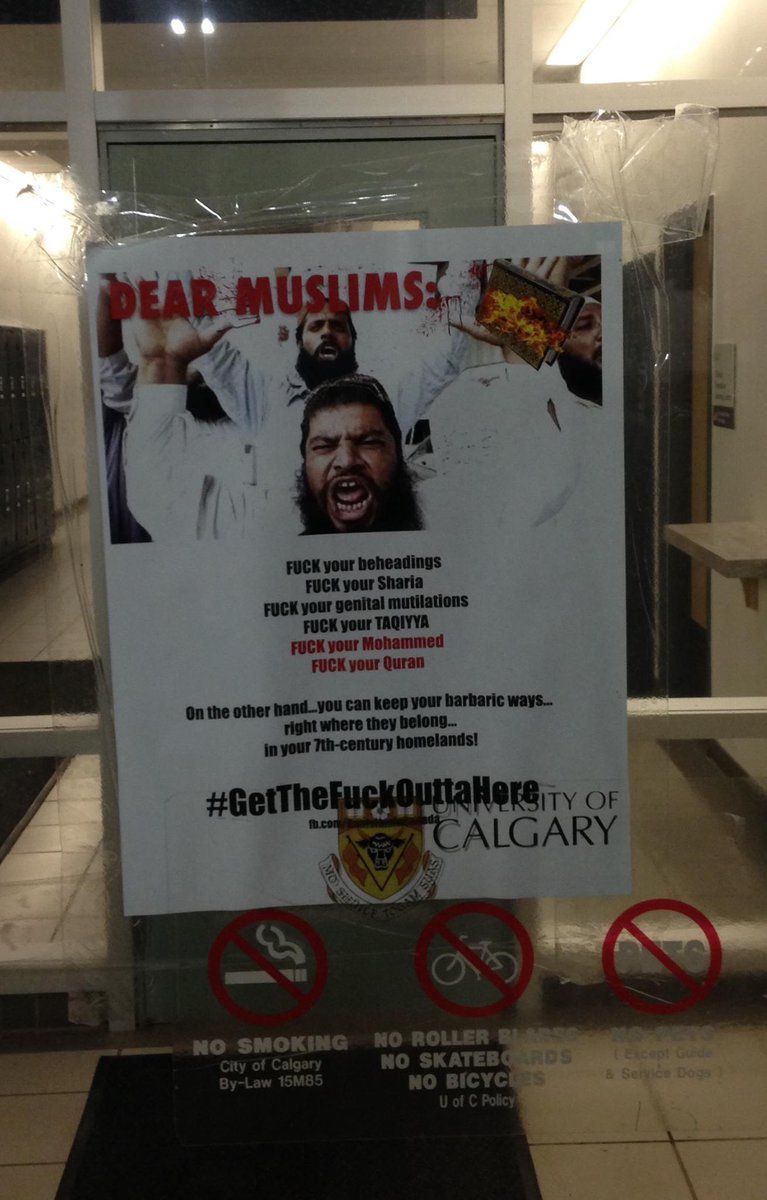 Hard to argue with that.

Lowest level, we have rule of law. All people are equal before the law.

Next level superseding rule of law, is sharia. Where Muslims can apply their own law in the name of multiculturalism and it trumps Canadian law, because “racist”. Then we have Marxist law that trumps (for the moment only) sharia, where all people are equal before the law so long as they defy reality. Men must be kept out of women’s only muslim swim times, unless they pretend to be women in stark defiance of any and all empirical means of determining that. Then those sharia enforces will be told to shove it. Till that doesn’t work at least.

Congratulations to David Menzis for this stunt. It was both entertaining and extremely brave.

4. Friends thrown off flight for ‘singing song about bombs’ targeted for ‘being Asian’

(Now here are some gents who know how to get large corporations to pay for their education, lodging, prostitutes and entertainment. Make clear and obvious gestures that make everyone really really uncomfortable, then play the discrimination card.)

The pals were left stranded in Turkey as Thomas Cook also refused to carry them home.

The dramatic incident unfolded on a Thomas Cook airlines flight, booked through Teletext holidays, from Manchester to Turkey on September 24.

The friends, from Oldham, were allegedly being “extremely disruptive” and loudly playing a song from one of their phones that used the word “bomb” several times. 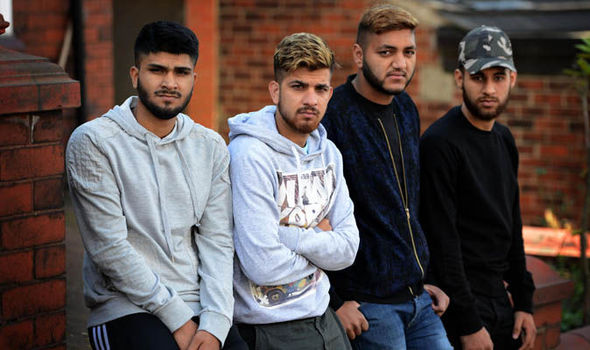 Thank you Buck, M., Perfect Child, Wrath of Khan, Richard, Malca and many more who took the time and trouble to send in material.

Once again, it is highly worth it to read the links left in the Daily Links post each day.