Not sure exactly how many times and in how many places a pattern must occur before people will believe it is part of a larger policy. But the answer seems to be thousands. Now in sharia resistant Denmark, muslims are making the usual demands on the locals to close bars and observe islamic norms on day to day activities.

Danish minister to ‘Sharia’ troublemakers: ‘Get a job’

Danish Minister for Integration Inger Støjberg exchanged views with passers-by – two of whom called her a “Nazi” and “fascist” – during a visit to a bar in Nørrebro, the Copenhagen neighbourhood known for its multicultural population.

Støjberg visited the neighbourhood to talk with one of several bar owners who say they have been threatened by local youths and anonymous vandalism.

Two young Danish woman shouted “Nazi!” at Støjberg as she stood outside Mucki Bar on Thorsgade in Nørrebro, Copenhagen.

After Støjberg asked the women to repeat themselves, they said “fascist” before walking away, according to a report by TV2. The women were stopped by the police shortly after and may face a fine for disturbing public order by swearing at a minister.

Støjberg also responded to the criticisms of passers-by on Nørrebro – mainly young non-ethnic Danes – who expressed their discontent with Støjberg and the government’s policies on immigration.

“You all have opportunities. You just need an education and to get on and find a job,” Støjberg told the crowd, according to a report in BT. 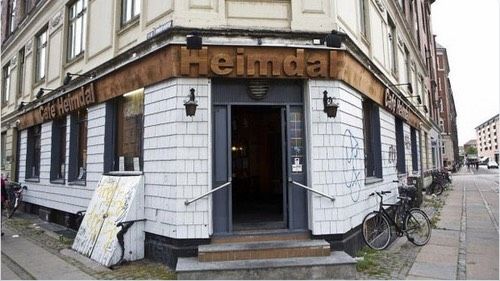 A group of bar owners from one of Copenhagen’s suburbs, who have been endlessly harassed by Muslim youth activists trying to impose a so-called “Shariah zone”, have taken their case to a government minister, urging her to protect their businesses and the locals.

Pub owners in the Nørrebro suburb of Copenhagen have for months tried to get the Copenhagen Police to take action against a group of youths from an immigrant background, who have been threatening, extorting, and vandalizing bars in broad daylight.

The concept of Sharia zones was introduced by a group called ‘Call to Islam’ some five years ago. Using volunteers, pockets of activists embark on daily patrols of the neighborhood and approach those who drink, gamble, or engage in other activities seen by the group as running contrary to Islamic beliefs.

“Recently some young men came into the bar and shouted that all guests should leave,” Heidi Dyrnesli from Cafe Heimdal told Radio24syv. “They shouted so that the site belongs to them and that Nørrebro is Sharia zone, so there is no drinking alcohol.”

(Notice how wonderfully factual and straightforward the RT piece is compared to the Local that does circus level contortions to try and make the story one of equal fault on all sides and so doesn’t really mention the chain of events in order. In any case, we see this pattern happen everywhere muslims create a ghetto for themselves. Clearly the Canadian and American media is much better at hiding this behaviour becuase the pattern is to consistent and widespread for any attempt at claiming it just ‘doesn’t happen here’.

On a separate issue, a question for Ottawa residents. Anyone know what happened to the live music bar, Tucson’s on Bank St.?)

Yes. We do now. Thank you Xanthippa and Johnny U.

Thank you Maria J., M., and all who sent in related links.