“Please help us!… It is… very hard to live day-to-day as a woman” says 16 year old Bibi Wilhailm, a German girl who has uploaded her personal experiences of Arab and Muslim migrants in a new video that some claim is being censored by Facebook under it’s new “hate speech” guidelines.

The 20 minute video, apparently created by the 16 year old Facebook user Miss Wilhailm, starts with her saying that she is, “so scared everywhere, for example if my family and I go out together, or if I see a movie with my friends. Usually I stay out until 6pm in winter, and it is so scary. It is just very hard to live day-to-day as a woman.”

The girl – who some social media users report has now been banned from Facebook, though others say she has removed herself – then goes on to talk about an incident that happened to her at a local supermarket saying, “I ran all the way home. I was frightened for my life. There’s no other way to describe it.”

[Editor: IMO the importance of the statement below, if true, is highly significant] 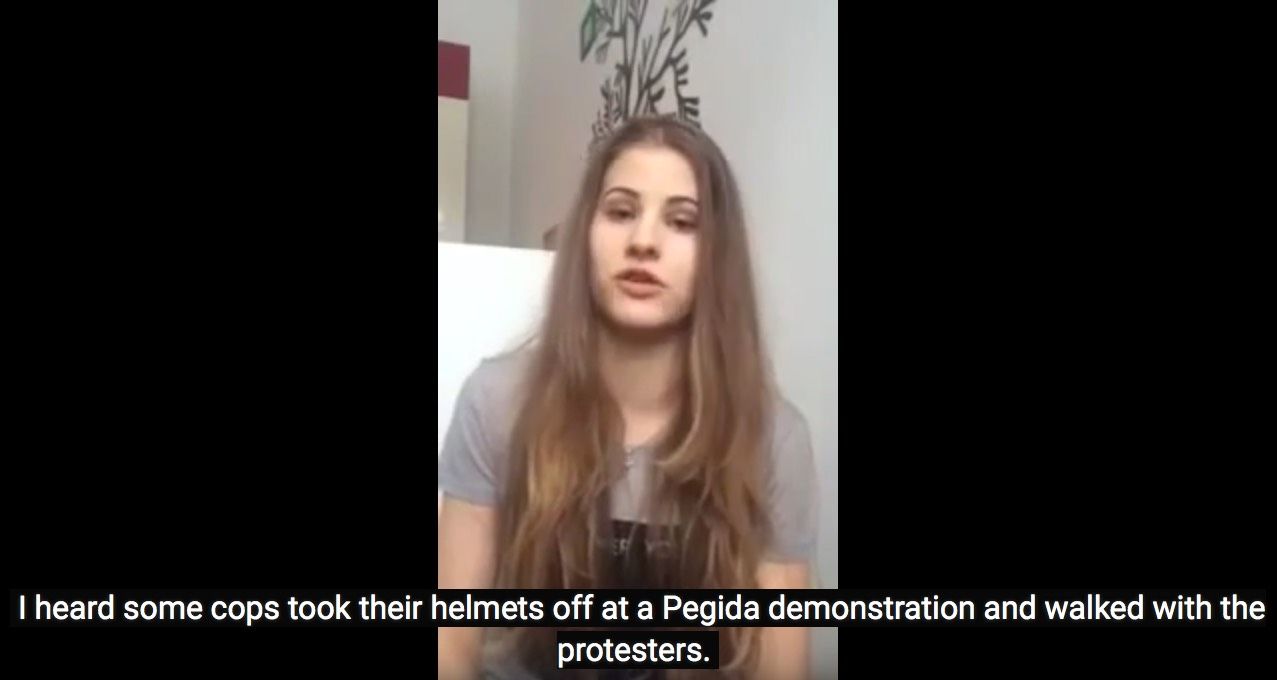 H/T Buck, Nash Montana and several others who saw this here and there.