Officials and witnesses in Aden said al-Qaida has held large armed parades in the city in the past two days. Washington considers al-Qaeda’s Yemen branch to be the most dangerous offshoot of the terror network.

Ahmed Hashem, an Aden resident, said locals supported the weapons ban. With so many weapons in the streets, “we now cannot even tell who is al-Qaida, who is Islamic State, who is just a thug and who is from the resistance (against the Houthis),” he said.

Four women suicide bombers blew themselves up in northeastern Nigeria Saturday, killing one other person and wounding 10, when civilian guards prevented them from entering the city of Maiduguri, said an official.

The women blew themselves up when they were stopped for a body search by self-defense fighters on the outskirts of the city, said Sani Datti, spokesman of the National Emergency Management Agency.

4. “Real change”? Why Power Corp, China (and maybe even Jean Chretien) are “back in the drivers seat” after Trudeau win

5. Report: US Spied on Israel, Prepared to Destroy Israeli Bombers to Protect Iran 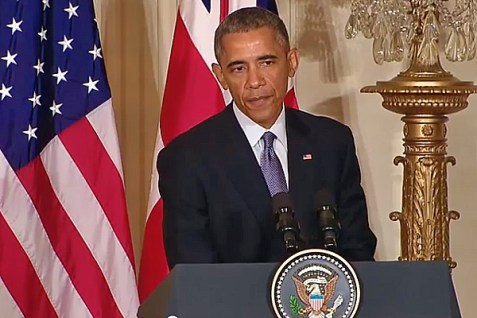 In an explosive report we learn that ever since 2012, the United States has been spying on Israel in order to prevent the Jewish State from attacking suspected Iranian nuclear sites, according to Friday’s Wall Street Journal.

The White House had sent an additional aircraft carrier to the region after learning that Israeli aircraft had flown into Iranian airspace in what U.S. officials feared was a test run for an attack on Iran’s Fordow plant. The carriers had attack aircraft on board prepared to respond to any Israeli attack on Iran.

If that wasn’t enough to strain the conceit that the U.S. is Israel’s strongest supporter, U.S. officials also revealed to the Journal that Israel was responsible for the assassination of Iranian nuclear scientists.

Several U.S. officials also claimed that Israel wanted to strike Iran in 2012, and that the United States pressured Israeli officials into retreating.

Thank you Wrath of Khan, Nash Montana, Oz-Rita, LLC., and many more, While this post was being composed, info has been coming in about Austria. there is a lot to post but the formal translations and videos aren’t ready yet. So I am posting the gist of them below as I get it just because I feel its too important to wait for a formal post. But that will come.

For those of you that have not seen either of the two most recent episodes of South park, here is a scene from one of them which continues the theme of the totalitarian an irrational nature of political correctness. What happens to reality at the end of this episode is pretty much what Western governments and various GONGOs are doing to it world wide.

A little ditty about political correctness

Nash tells us that there is serious issues afoot in Austria. Below, a paragraph she relayed to us about the situation in some Austrian towns. We should have a full report with video by Monday:

Businesses have been closed down, the mall has closed for days, people are out of work, standing guard in front of their houses and businesses with guns, people being harassed and berated and houses getting broken into, everything stolen, more and more people buying guns… I don’t know what the gun laws are in Austria. But it seems this could be quite possibly the place where the first shots will be fired.

Spielfeld turning into Nickelsdorf on Steroids.

Spielfeld on the Steiermark looks like a war zone. It’s not just that thousands of invaders push into Austria, no, they believe that they arrived in Germany.

Apparently a lot of the ‘refugees’ thought that Austria is Germany, and they wander about aimlessly, and they keep asking the same questions: “Train station? Speak arabic? Germany, where?”

They storm into people’s gardens and play areas and mark their territory with the usual… garbage and feces.

“It is enough! Spielfeld is in a state of emergency! Our mall Wieser has been closed for days. The entire area along the border, all businesses have been closed! Business owners are standing guard on front of their businesses and gave off warning shots and carry pepper spray to defend their stores. Nobody knows when they can get back to work. Everything is dirty. The streets, the autobahn, and the train tracks are full with people. The citizens have begun to buy guns en masse. All of this is reminiscent of a war zone. How is that now WE and OUR existence is in danger???”