An original Translation by Liberty Dk. 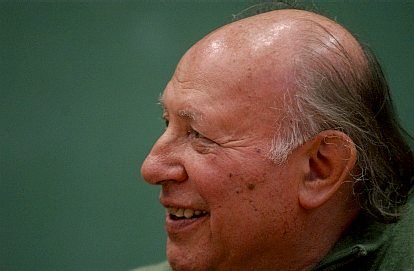 The Hungarian Jewish writer and Holocaust survivor Imre Kertész, who won the Nobel Prize in Literature in 2002, now directs sharp criticism of the Western establishment’s decision to allow Europe to change its population through mass immigration from Third World countries.

In his book The Last Refuge (ISBN: 9789187347948) Kertész chooses to strongly condemn what those in power are currently doing to Europe.

In his book, Kertész, who at age 15 was transferred to Auschwitz but survived and began a writing career, criticizes the Left-Liberal attempt to replace European culture with mass immigration, particularly from Muslim cultures from the Third World.

“Europe will soon go under because of its previous liberalism which has proven childish and suicidal. Europe produced Hitler, and after Hitler there stands a continent with no arguments: the doors are wide open for Islam; no longer does anyone dare talk about race and religion, while at the same time Islam only knows the language of hatred against all foreign races and religions,” writes Kertész in his book, according to a summary by the blogger Thomas Nydahl.

“I should say a few words about politics too… Then I would talk about how Muslims are flooding, occupying, in no uncertain terms, destroying Europe; about how Europe relates to this, about the suicidal liberalism and the stupid democracy… It always ends the same way: civilization reaches a stage of maturation where it is not only unable to defend itself, but where it in a seemingly incomprehensible manner worships its own enemy.”