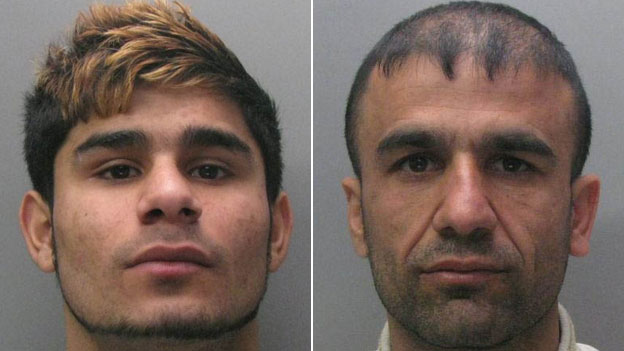 Zdeno Mirga, 18, (left), Hassan Abdulla, 33, and three teenage boys were found guilty of a series of rapes and sexual assaults on girls in Peterborough
Continue reading the main story

Two men and three teenage boys have been found guilty of a series of rapes and sexual assaults in Peterborough.

Zdeno Mirga, 18, Hassan Abdulla, 33, and three boys, who cannot be named for legal reasons, were convicted at the Old Bailey.

The group targeted five teenage girls and are due to be sentenced on 20 February.

One of the group’s victims, referred to in court as Victim A, was a 13-year-old girl with a severe learning disability.  […]

3 Replies to “Another muslim rape and sexual slavery gang in the UK. BBC misses the point entirely as usual.”