1. Assad warns that Saudi Ideology is a threat to the world.

He was referring to Wahhabism, an ultra-conservative Sunni Muslim tradition which is predominant in Saudi Arabia, a key backer of Syria’s revolt against Assad.

“President Assad warns during his meeting with Iran’s Foreign Minister Mohammad Javad Zarif of the threat posed by Wahhabi thinking to all the world, not just to the region,” the report said.

Three members of Russia’s special forces have been killed and five wounded in a house siege near Khasavyurt in Dagestan, which also left four suspected militants dead.

Militants opened fire with machine-guns and grenades in a bid to escape under cover of darkness, Russia’s National Anti-Terrorist Committee (NAK) said.

One of those killed was suspected of organising a bomb attack last month.

3. Sweden: Muslim rapist who raped a dying woman had prior rape conviction so grotesque the person who found the victim vomited before he could even call authorities. (Article in Swedish)

4. Photo of Halifax soccer team that attacked British team with crowbars and other weapons. 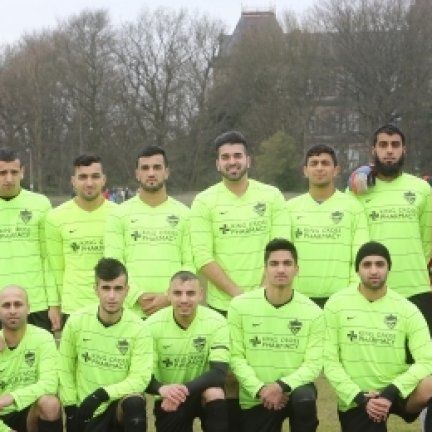 5. The NSA is Even Spying on Computers That Aren’t Online

A computer doesn’t need to be online for the National Security Agency to take a peek.

The spy agency has managed to sneak surveillance software onto almost 100,000 computers worldwide, and is even able to use computers that aren’t connected to the Internet for spying and cyberattacks, the New York Times reports. The NSA relies on secret channels of radio waves that are transmitted from tiny circuits and USB cards implanted by NSA-friendly spies or manufacturers to snoop on offline computers.

I would like to dedicate this song to the NSA:

Thank you Fjordman, M, Wrath of Khan, KitmanTV, and all who provided links.