And another reason why no nation should trust muslims in the civil service or in any position where they can operate as agents for Islam over agents of the state. 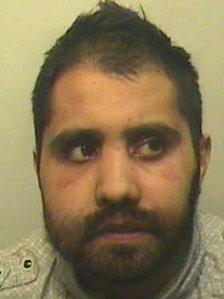 Mohammed Imran Amjad ‘s girlfriend accessed a database 60 times
A woman who worked in social services has been jailed for attempting to derail a grooming trial.

Receptionist Mahdiya Khan accessed a computer database 60 times to get details of a child sex victim.

She was jailed for eight months, but details have only just emerged. Three men have also been found guilty of interfering in the case.

Mohammed Imran Amjad, 26, was earlier jailed for four years and three months after he admitted abusing a child.

Five others were cleared of rape, sexual assault and child abduction at Burnley Crown Court in April.

Detectives realised Amjad’s girlfriend, Mahdiya Khan, had tried to undermine the case. She was a receptionist working for Lancashire County Council social services in Burnley.