So, a number of people in the UK have been arrested, gone on trial and some even jailed for saying racist things and expressing values which the UK courts determined were racist even if they were merely against a voluntary ideology like Islam.

As repugnant and frankly, flat out totalitarian as that is, now there is a case where a person may be prosecuted if they do not actually hold racist views.

It seems the man wrote a letter to a judge saying that he could not serve on a jury because his racist and homophobic views meant that he could not be sufficiently impartial for a juror. Fair enough. But as the judge suspects that the man merely wrote that letter to get out of jury duty, he may well be investigated so that the court can satisfy itself that the man actually does hold those illegal views.

I suppose when they discover he does, they will have to prosecute him for that. And if he doesn’t for shirking jury duty.

This of course is the absolutely inevitable consequence of thought crimes. Once you have them, then you will have these dilemmas whenever it suits whoever happens to want to get you.

‘I’m just too homophobic and racist for this’: Juror tells judge he can’t sit on any cases because of his extreme views

By Martin Robinson and James Tozer

A juror told a court his homophobic and racist views meant he could not give a defendant a fair trial.

In a letter written to the judge after he was selected from a shortlist to serve in a case, the man claimed his extreme views ‘against homosexuals and black/foreign people’ made it impossible for him to be impartial.

Last night an investigation was under way after the judge reluctantly agreed to dismiss him from the jury and referred the case to the Attorney General, Dominic Grieve. 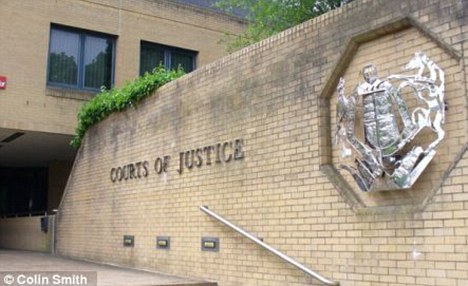 Scandal: The juror at Southampton Crown Court asked to be stood down because he is racist and homophobic

The letter was made public after he was selected to serve on an assault and dangerous driving trial at Southampton Crown Court.

The man, who cannot be named for legal reasons, has since been taken off the jury and threatened with prosecution for contempt of court.

This is because Judge Burrell said he could not be sure if he had written the letter just to get out of it.