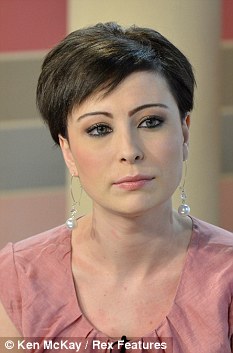 Following a tiff on a night out in early 2009 Taylor Kenney’s boyfriend Dean stormed out of the pub they were drinking in leaving her to make her own way home.

The couple made up in a phone call soon after and Taylor left the pub to meet Dean halfway as he turned back to join her.

But the 16-year-old didn’t meet Dean as planned that night.

She had been followed by illegal immigrant Jawid Armani who dragged the teenager in to an alleyway and brutally raped her.

Armani is now serving six years in jail for two counts of rape and Taylor, now 19, and Dean, 24 have married and have a two-year-old daughter Sofia.

But the couple, who live in Warwickshire, admit they have had to work hard to put the past behind them and get over Dean’s guilt at not being there to protect his girlfriend.

Speaking to Ruth Langsford and Eammon Holmes on the This Morning sofa today Taylor said:

‘We had a stupid argument and Dean left the pub to walk home.

5 Replies to “Raped after my boyfriend left me to walk home alone: Couple talk about their struggle to stay together after vicious attack”