Hermes was kind enough to find and translate this article about today’s arrest of three Muslim terrorists in Spain caught with explosives.

Detained in Cádiz and in Ciudad Real in possession of explosives

The Interior Minister Jorge Fernández Díaz assured today that there were “clear indications” that the three Al Qaeda terrorists detained in the last hours from whom “particularly damaging” explosives were seized, could have been planning a terrorist attack in Spain or in other European countries.

That’s how the minister explained it in a press conference in which details were given on the operation carried out by the National Police, “one of the most important investigations so far against Al Qaeda on an international level”.

Fernández Díaz has pointed out that one of the detainees, a man from a euro Asiatic republic which was arrested in Almuradiel (Ciudad Real), was an “extremely dangerous” operative member and “a very important member inside the structure of the western branch of Al Qaeda.

Fernández Díaz also disclosed that this detainee had experience in the fields of explosives, poisons, flying ultra-light aircrafts and remote-control planes, and he had also experience as a sniper.

This alleged terrorist, who showed an “extraordinarily strong resistance”, was detained yesterday in the company of another operative member of Al Qaeda during a stopover of a bus making its route from Cádiz to Irún. Because of this, it is suspected that they tried to go to France.

The third person detained yesterday, a Turkish national, was a “facilitator” of the organization which had been caught in a single-family house in La Línea de la Concepción (Cádiz), where the officers found a “particularly damaging” quantity of explosives mixed with shrapnel, which “could have blown up a bus”.

This Turkish citizen was living with his partner in that house, to which the two other detainees arrived two months before.

News agency EFE was informed by investigative sources that the two other persons detained in Ciudad Real had also been living in an apartment in the province of Cádiz.

Having been asked if the detainees were planning an attack in Gibraltar given the fact that the apartment in which the explosives were kept was so near (to the English territory), Fernández Díaz emphasized that they had not a single evidence (about this), but they could have certainly been preparing an attack in Spain or in other European countries.

These were the explanations given by the Interior Minister in the press conference in which details were given on the operation carried out by the National Police, “one of the most important investigations so far against Al Qaeda on an international level”.

Fernández Díaz pointed out that one of the detainees had experience in the fields of explosives, poisons, flying ultra-light aircrafts and remote-control planes, and he had also experience as a sniper.

Apart from this, The National police found in the flat of one of the detainees a hiding-hole which was used for hiding explosives and which had been recently emptied, antiterrorist sources informed Europa Press.

These same sources explained that it was in the frame of this search that the police agents found the hiding-hole with the help of trained dogs.

In spite of finding the place empty and apparently clean, the police dogs trained to find drugs and explosives reacted in a very nervous way, which leaded the agents to conclude that the place was recently cleaned up, according to the (police) sources.

After a first analysis, the police found the remains of explosives which are being analyzed in order to determine what kind of material the terrorists used.

The investigation, which remains open, is leaded by the assigned (judge) Pablo Ruz from the central court no. five. 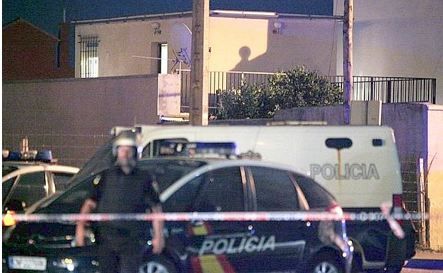