This morning the EDL Jewish Division reported that they had a cartoon removed for hate speech with a warning from FB that it was a serious offence. You might ask yourself, what sort of islamophobic hate speech was this. 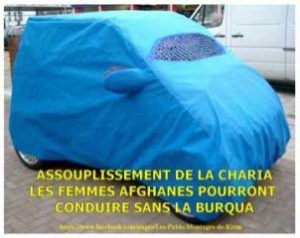 It was posted with the caption “Saudi women’s team arrives at the Olympic village”, the original caption in French is equally inoffensive. 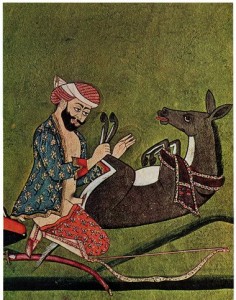 While I could understand if they’d removed a cartoon such as this 14th Century Persian depiction of Mohamed the donkey breeder. I am pretty shocked.

They regularly make fun of the burkah (don’t we all), but you have to agree, looking at the comments, there is a great deal more pity than hate for these black bag wearers.

3 Replies to “Is Facebook really run by a Jew? Jews usually have a sense of humor.”