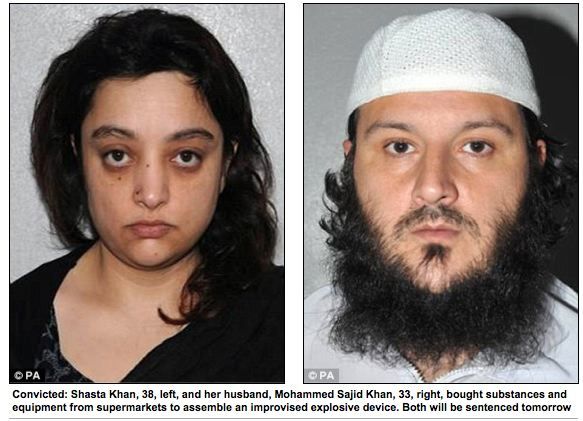 A woman hairdresser has been convicted of planning a terror attack in the Jewish neighbourhood of a city.

Shasta Khan, 38, and her husband, Mohammed Sajid Khan, 33, bought substances and equipment from supermarkets to assemble an improvised explosive device.

Police found a cache of terror-related material after being called to a domestic dispute at the couple’s home in Oldham, Greater Manchester, last July.

4 Replies to “The honeymoon terrorists: British hairdresser and her husband found guilty of plotting to plant peroxide and bleach bombs in Jewish areas”