Husband screams ‘God is great, you Devil’ before beheading his wife with six children all at home

A man has confessed to beheading his wife before throwing her severed  head from the roof of their apartment with his six children all at home.

Orhan Sircasi, who was arrested for the killing of his wife, cut her into pieces with a butchers knife.

The 32-year-old killer attempted to fend off the police shortly before his arrest after lunging at officers with the knife.

He was eventually tackled on the balcony of his apartment complex and taken into custody but not before he threw his wife’s head off the rooftop. 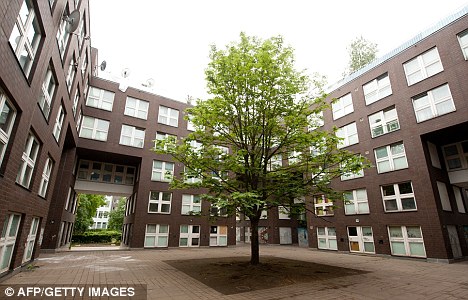 Orhan Sircasi threw his wife’s head from the roof of the apartment building, landing in the courtyard below (pictured) 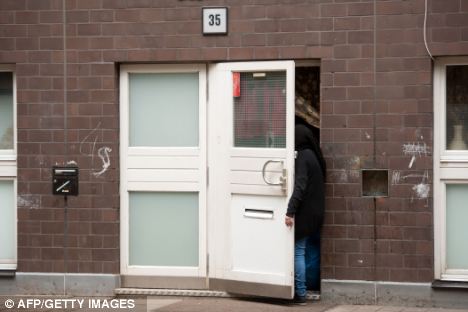 A woman stands in the door of a house in Berlin, where the dismembered body of a 30-year old woman was found

Officials were alerted shortly after 1am after witnesses reported the couple arguing from their balcony and watched in horror as Sircasi stabbed his wife in the chest and screaming ‘Allahu Akbar Sheytan’ (God is great, you Devil), before severing her head from her body.

Following his arrest, Sircasi is alleged to have told officials that he ‘regretted nothing’ as he awaits his initial court appearance tomorrow.

5 Replies to “Muslim in Germany regrets nothing after beheading wife”