Fewer than one in three of the illegal immigrants caught last year have been deported, according to figures disclosed yesterday.

They showed that of 21,298 individuals discovered in Britain unlawfully, only 6,232 were returned to their countries in the same year.

The figures threatened to deepen the troubles at the UK Border Agency, the organisation responsible for policing immigration law. 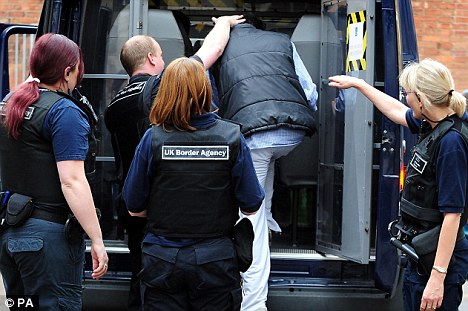 Failing: New figures show that of 21,298 found to be in Britain illegally, only 6,232 were deported

The agency has already been heavily criticised this month after it was shown that more than one in five foreign criminals supposed to have been deported from the country after release from prison in 2010 were still here.

It was found that 60 per cent of another group of 1,000 foreign criminals mistakenly freed from jail six years ago have not been removed from Britain.

Border officials have also been found to have abandoned checks on arrivals into the country without seeking the clearance of ministers.

The unapproved relaxation of passport controls meant 500,000 passengers who came on Eurostar trains entered the country without being checked against lists of suspected terrorists and criminals. 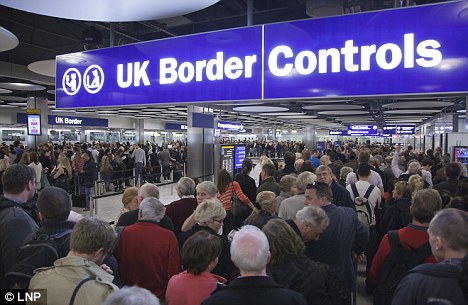 Pressure: The latest revelations add more pressure on the UK Border Agency which was recently slammed for relaxing passport checks

The failure to deport illegal immigrants detected last year was revealed in figures obtained under Freedom of Information rules.

The biggest group of illegal migrants who have successfully evaded deportation during the year in which they were found to be here are from Pakistan.

Other countries featured in the figures include Iran, India, Afghanistan and Sri Lanka.

4 Replies to “We only deport a third of illegal migrants we catch: New figures deliver another blow to UK Border Agency”