European human rights judges have been accused of ‘alerting’ radical Muslim cleric Abu Qatada to the fact he still had time to lodge a last-ditch appeal against deportation.

But they say there was no similar attempt by the Strasbourg-based court to warn Home Secretary Theresa May of the impending deadline. 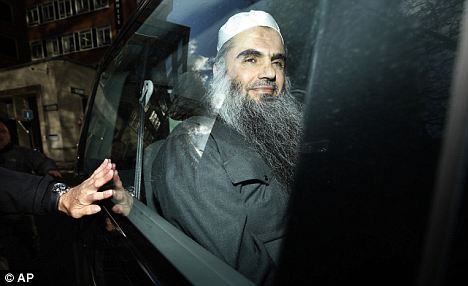 Tip-off: Was Abu Qatada (right) told about his right to appeal?

Senior sources in Mrs May’s department told The Mail on Sunday that the ECHR had reminded Qatada last Monday that he still had the option to appeal.

One said: ‘They took it upon themselves to go to Qatada’s legal team and say, “You haven’t appealed yet. Are you likely to appeal?”?’