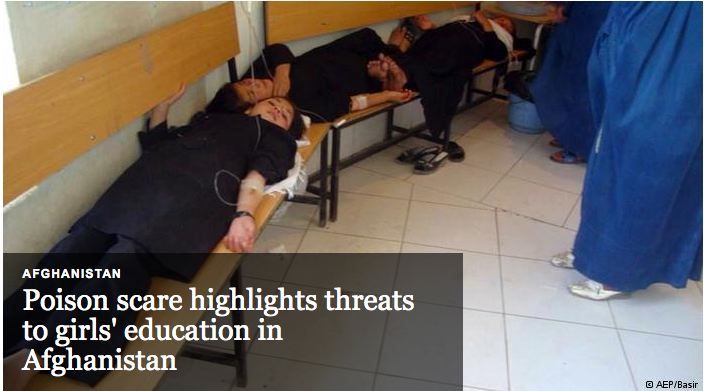 More than 100 schoolgirls have been rushed to hospitals in northeastern Afghanistan after drinking what is feared to be poisonous water from a tank at their school.

More than 100 schoolgirls in Afghanistan have fallen sick after drinking water that is suspected to have been poisoned in the small town of Rustaq in the northeastern Afghan province of Takhar.

In what appears to be an attempt by opponents of education for girls, the poison scare incident highlights threats to girls’ education in Afghanistan.

“I think some radical elements who oppose girls going to school are behind this act,” said district governor Mohammad Hussain, adding that police were investigating the incident.