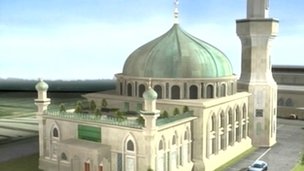 Plans to build a new mosque on a derelict site in the centre of Dudley have been thrown out by the High Court.

In September, Dudley Metropolitan Borough Council refused permission for a second time to build an £18m mosque and community centre on Hall Street.

Accusations of unfairness and “abuse of power” made by the Dudley Muslim Association against the council were rejected by the court.

Dudley Muslim Association said it would appeal against the ruling.

Kurshid Ahmed, from the association, said he was “bitterly disappointed” with the judgement and claimed the planning dispute had damaged community relations.

He also called for an independent hearing into the planning process, which dates back to 2005, when the association bought the plot of land.

Following the High Court decision, the association is now required to sell the Hall Street site back to the local authority within the next month.