There is no right not to be mocked, or to have other people hold sacred whatever you arbitrarily anoint as such. That would more properly be called a fetish in any case.

‘I say this is holy/magical/sacred/significant beyond the ordinary and if you do not treat it as such, I will force it on you by any means necessary.’

That is the Islamic way world wide and we see this on a daily basis in one place or another, often with fatal results where Islam holds enough sway. However in the world of reason, there are no rights for ideologies. Only for people. While you may preserve the right to believe what you will, an important right for all, there simply is no right to not have those beliefs criticized in the public market place. In fact, it is an utterly foundational right for a society based on reason, fleeting as that may be at this time, to be able to look at the causes of action, the prime movers of people, and subject them to scrutiny. In this spirit, did our Australian-artist friend, Sergio Redegalli painted his No Burqua mural which has been vandalized over 50 times so far. The most recent are below: 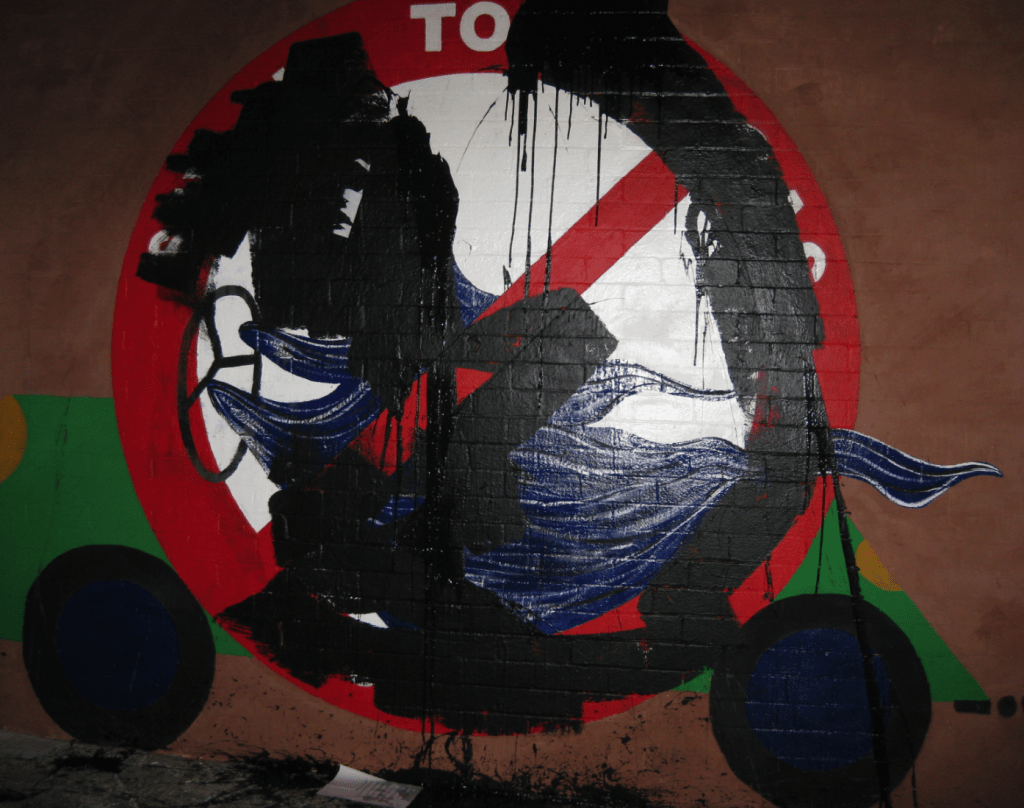 Ok so some (probably) Muslims, although I have it on good authority that most of this is actually being done by totalitarian leftists who put political correctness before basic liberties such as freedom of speech, have taken a childs approach to Sergio’s mural rather than actually debate the merits of his case. A case which by the way, I disagree with. I do not want burka bans. I do not want any more laws at all. I just want more freedom for us to discriminate against things which are against our interests, and I want no special exceptions for Muslims from already existing laws such as wearing a disguise in public. But I digress. Sergio who does want a ban on burkas has had his rights crushed over and over again. And with the following threat made abundantly clear in the form of a letter left at his door: 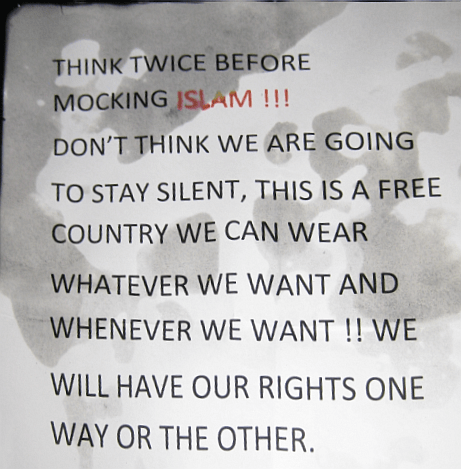 For more detail, please click over to Winds of Jihad. An outstanding Australian site. 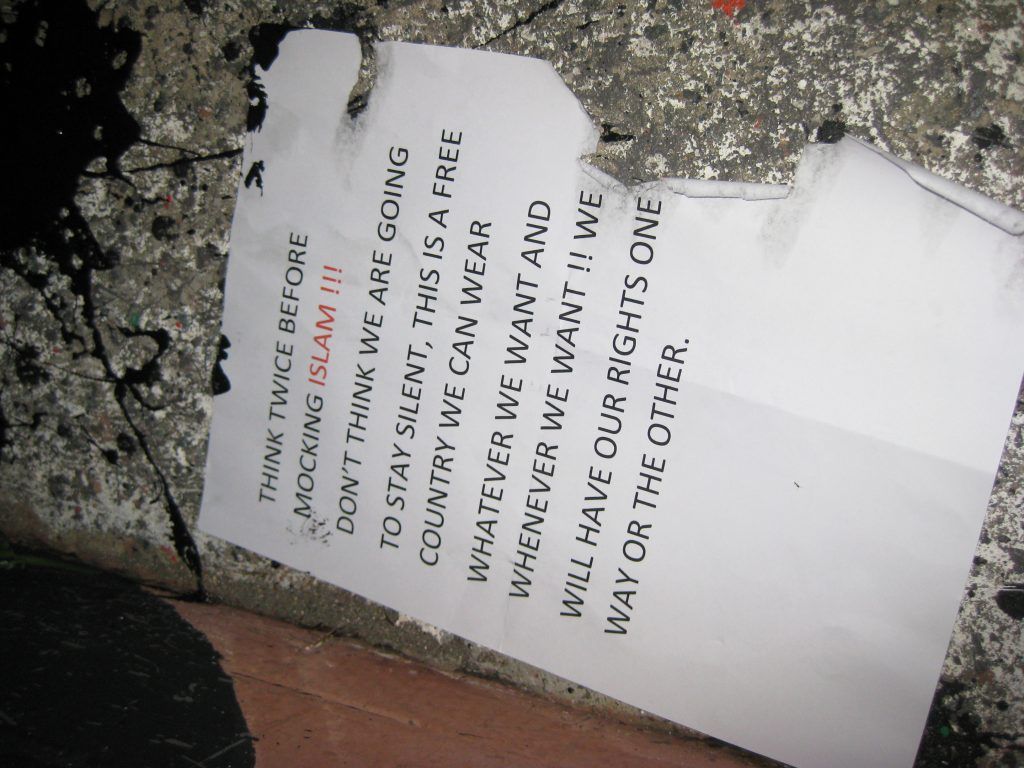 3 Replies to “As usual, Muslims, this time in Australia, demand counterfeit rights.”