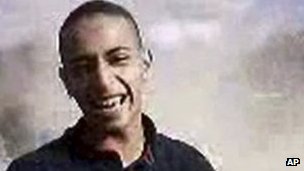 Police in France have arrested 19 suspected Islamists and seized weapons in a series of dawn raids, President Nicolas Sarkozy says.

The raids were in Toulouse, the home of gunman Mohamed Merah, and other cities.

Merah, who killed seven people in three separate attacks, was buried in Toulouse on Thursday after being killed in a shoot-out with police on 22 March.

Police have been hunting possible accomplices but sources said there was no direct link with the raids.

Merah’s brother, Abdelkader, has been charged with aiding him and police are hunting a third man said to be involved in the theft of a scooter that Merah used in all the killings.

Mr Sarkozy told Europe 1 radio after Friday’s raids: “It’s our duty to guarantee the security of the French people. We have no choice. It’s absolutely indispensable.”

The raids were carried out by the domestic intelligence agency, the DCRI, with the help of the elite Raid police commando group, Agence France-Presse news agency reports.

Several of the raids were in Toulouse, particularly the Mirail quarter, sources told AFP.

One Reply to “France arrests 19 suspected Islamists in dawn raids”