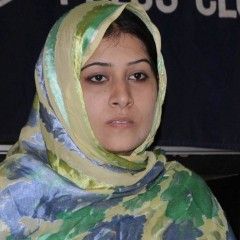 “In Pakistan there is justice only for Muslims, justice is denied Hindus. Kill me here, now, in court. But do not send me back to the Darul-Aman [Koranic school] … kill me.” This was the plea of Rinkle Kumari, 19, the Hindu girl kidnapped, forced to convert to Islam, and forced to marry a Muslim man that she had never met.

Although the kidnapping of Hindu (and to a lesser extend Christian) girls is sickeningly commonplace, Kumari’s case received more attention than usual, partly due to protests by her family and local Hindu community.

Another factor was the implication of Mian Mittho, an elected member of the National Assembly, who was allegedly involved in the kidnapping case, and who attempted to cover it up.

Fr. Anwar Patras, of the Diocese of Rawalpindi, told AsiaNews that he condemned “with force” the… read more.

2 Replies to ““Kill me here, now, in court. But do not send me back”: Kidnapped Hindu girl”