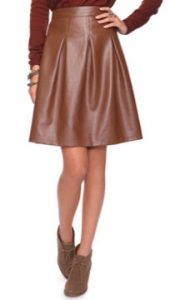 Indonesia’s Religious Affairs Minister, Suryadharma Ali, has described skirts that cut off above the knee as “pornographic,” and has said that he will ban women from wearing them.

Ali has been appointed to run the country’s new anti-porn taskforce, announced by president Susilo Bambang Yudhoyono earlier this month.

He says that a special task force would determine “a set of universal criteria” to define pornography.

However, the Religious Affairs Minister says, “one [criterion] will be when someone wears a skirt above the knee.”

Alie said that this measure needed to be taken because… read more.