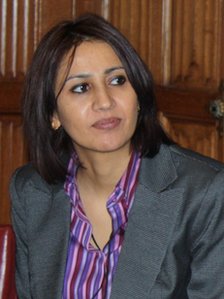 Their job is to protect women, but it means they are coming under attack themselves.

Many British Asian women say are being persecuted for the work they do in promoting female rights.

They say they frequently receive hate mail, harassment and even death threats for dealing with issues such as forced marriage and honour-based violence.

The persecution has been compared with that suffered by the Suffragette movement and, according to the Crown Prosecution Service, much of it is being hidden.

Renu, whose name has been changed to protect her identity, said: “They called me all the names under the sun; they called me a home-wrecker.”

She is performing the daily ritual of checking her car – seeing if the tyres have been slashed.

“I check wing-mirrors first because they’re quick and easy for them to do,” she said.

Renu has been working with Asian women in the UK for more than a decade and deals with domestic violence, so-called “honour” crime and forced marriage.

She has had threatening phone calls for years but things came to a head when she went away from home for a short trip.