Once upon a time, the left was the most hysterical about women’s rights, both real ones and as often, synthetic rights which were impossible to address but are part and parcel of critical theory. Now, the left is throwing real rights, women’s and minorities and frankly everyones, under the bus as fast as possible to avoid telling the truth about Islam.

First picture, yesterdays headline of the Toronto star stating a factual aspect of the deal the Afghan ‘president’ made. 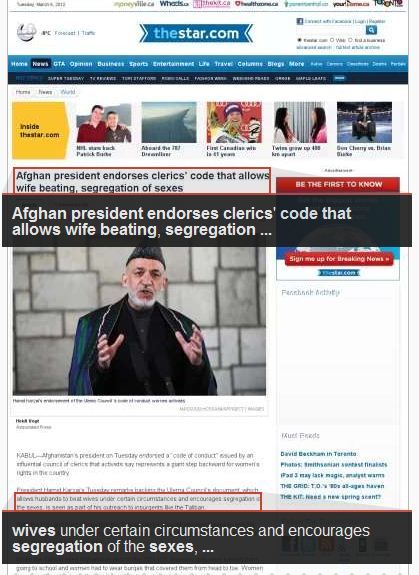 The above picture from Google cache grabbed by Tundra Tablods.

Below, todays headline for the exact same article: 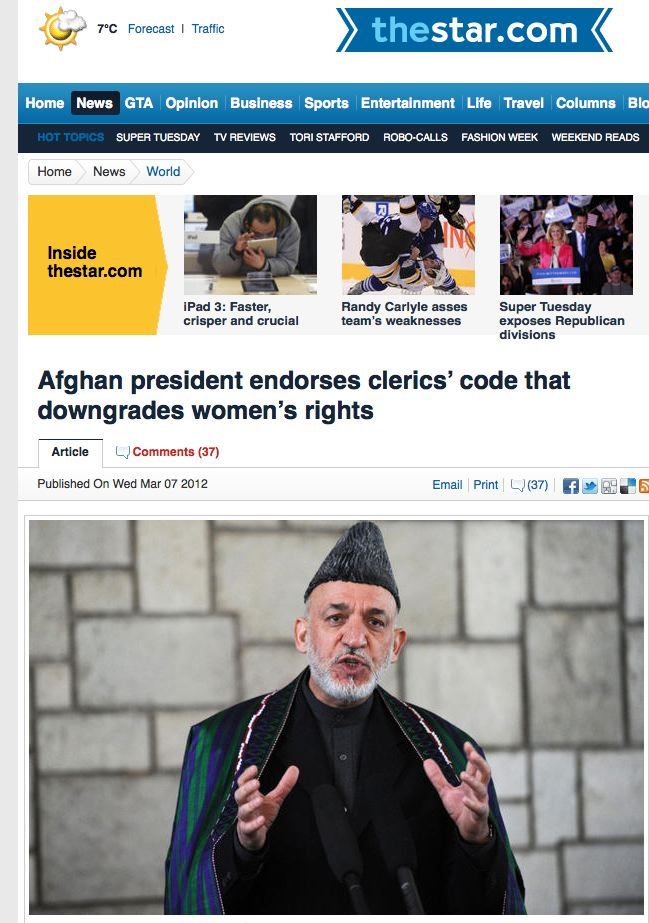 How very shameful. The Toronto Star enjoyed a brief moment of the former glory of supporting real human rights. Of exposing tyranny and speaking truth to power and more typically, truth to ultra-conservative religious tyranny. Now, like the rest of the media (SUN NEWS NETWORK excepted) The Star has weakened its headline to avoid offending the greatest threat to women, minority, and for that matter all human rights and beneficiaries of the Enlightenment, Islam.