Christians have reacted in fury after a managers at a crematorium decided to remove a 4ft cross from the windows to avoid offending other religions.

The giant window at Haycombe Crematorium, in Bath, Somerset, will be ripped out and replaced with a clear glass pane as part of a £140,000 facelift.

It is the last remaining Christian symbol in the chapel and bosses say they will now make a ‘mobile’ cross available for mourners to use if they wish.

But the decision has been met with a furious response from campaigners who claim it is another example of Christianity being sidelined in modern society. 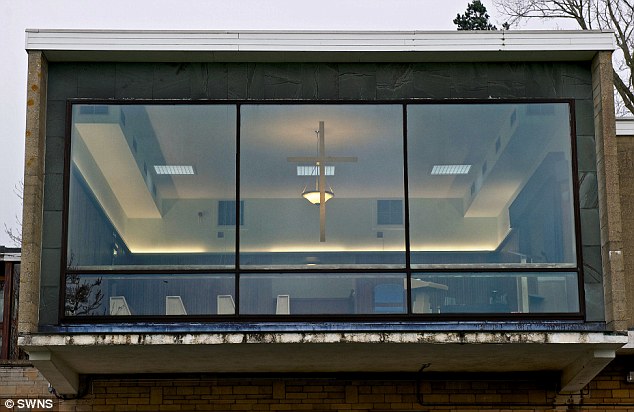 Cross row: The central window at Haycombe Crematorium, Bath, will be removed to appease members of other faiths

Hugh Mackay, 82, a former Christian missionary in Nigeria who lives just ten minutes from the crematorium, branded the decision an ‘attack’.

He said: ‘It seems there is a determined secular campaign to try and obliterate our religious heritage in our country.

‘The council says it is not to upset people of all faiths but I’ve talked to Hindus, Muslims and Jews and none of them have ever complained.

‘They all respect the cross as a symbol of the Christian faith.

‘Some of us feel very strongly that this is a deliberate attempt by the council to downplay our Christian heritage and that we should make our views known.’

The refurbishment, which has not yet been finished, is the biggest improvement to the facilities since the chapel opened in 1961.

The window, which features the 4ft white cross and offers views across the Bath countryside, will be replaced with a plain pane.

Staff have been told they will be given a mobile cross which can be put up or taken down, depending on the religious beliefs of those using the crematorium. 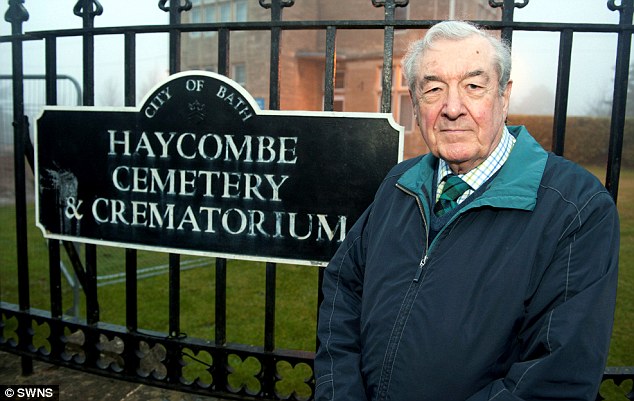 Hugh Mackay, 82, said this was ‘a deliberate attempt to downplay Christian heritage’

Angry campaigners have already amassed more than 100 signatures against the plans.

Edgar Evans, 79, from Bath, a retired patients advocate for the NHS, said: ‘The window and cross provides comfort for mourners that look at it.