Two teenagers subjected a woman to a terrifying rape ordeal after stalking her and abducting her as she left a nightclub.

Jailat Khan and Shahzada Khan, both just 16, were caught after they were captured on CCTV celebrating their sickening attack in Leeds city centre.

The victim, in her early 20s, was on the phone to her boyfriend asking him to get her a taxi at around 2am when she was dragged into a doorway.

He could hear her screams for 30 seconds before the line went dead. She was then raped. 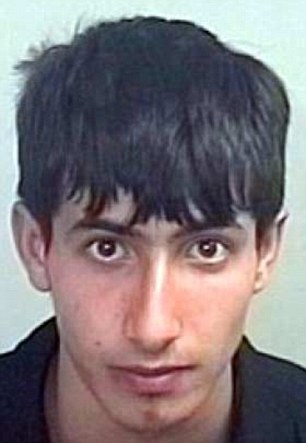 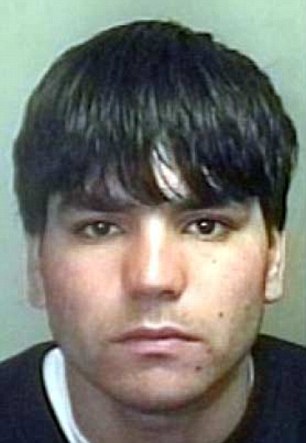 The pair have now been jailed for the shocking attack.

A court heard the pair, both Afghanis, were prowling the streets on June 12 this year looking for an easy target when they came across their victim.

The defendants spotted the woman and followed her after she left the HiFi club in Leeds, West Yorkshire, and one spoke to her when she stopped at a bus stop while the other was looking around assessing the area.

The pair then struck from either side bundling her into a fire exit doorway.

Jason Pitter, prosecuting, told Leeds Crown Court she was pushed to the ground and when she screamed Shahzada put his hand over her mouth.

She could hear Jailat laughing and tried to struggle but was overpowered. Jailat raped her while his accomplice held her down.

Mr Pitter said: ‘While on the mobile phone to her boyfriend, he had the misfortune of hearing the attack begin.

‘He heard her become distressed then say ‘Get off, get off, what are you doing’. He heard her scream for 30 seconds before her line went dead.’

The defendants ran off when they were disturbed but Shahzada was then captured on CCTV making a playful bowling motion. The prosecutor said they appeared ‘elated’ after the attack. 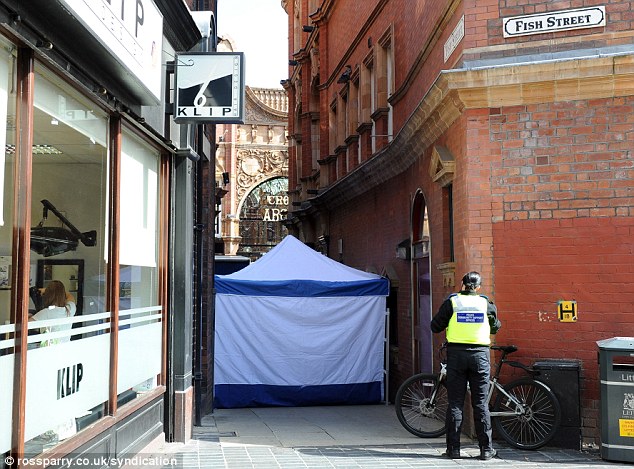 ‘Those actions do not portray the grave nature of their conduct moments before,’ said Mr Pitter.

Two men heard the victim’s distress and went to her assistance. She was hysterical and pleaded with them not to leave her alone saying ‘Why has this happened to me? Why have they done this to me?’ When the police arrived they found her sitting in the doorway hugging her knees, shaking, crying and muttering.

Sentencing the pair on Tuesday, Judge Christopher Batty said they had targeted a vulnerable woman alone in the city centre and the effect on her was ‘immeasurable’.

‘Not a day passes without her suffering flashbacks and nightmares. She has not been out since these events, her confidence has gone and she is currently taking anti-depressant medication.’

The judge, who lifted a ban on their identities because of the severity of the attack, said: ‘I have been to that alleyway and it is a very cold, miserable, frightening place and I can’t even begin to imagine how the complainant felt. It is a very dark and lonely spot.’

He told them had they been adults the sentence would have been longer but he had taken into account their plea sparing the victim a trial and their age.

Stephen Crossley, for Jailat Khan, said he arrived in the UK in 2009 and was given discretionary leave to remain until July next year following the deaths of his father and brother in Afghanistan and loss of contact with his mother and sister in that country.

Neither he nor Shahzada Khan knew their ages and both had been given a statutory birth date of January 1, 1995.

Catherine Silverton, for Shahzada Khan, said he was brought up in Afghanistan, Pakistan and then the UK by a couple he thought were his parents but discovered when he was remanded they were his aunt and uncle, his real parents having died in a car crash when he was young. He had expressed remorse.

She added: ‘Nothing I say on the defendant’s behalf is intended to suggest that these offences were anything other than the stuff of nightmares.’

The Khans were identified following an appeal. Jailat Khan’s DNA was found on the woman and while in custody, he was found to have a ‘worrying attitude to women’ and threatened to rape a member of staff.

After the case Det Supt Paul Taylor said: ‘This was an extremely shocking incident and is thankfully something which I have never seen before in my many years as a detective.

‘After stalking lone women until they were able to find a victim, they then celebrated their crimes in full view of CCTV cameras. This proved to be their undoing.’