Other posts about this wonderful woman here on Vlad:

attempt on her life

The Nude picture of her in question here 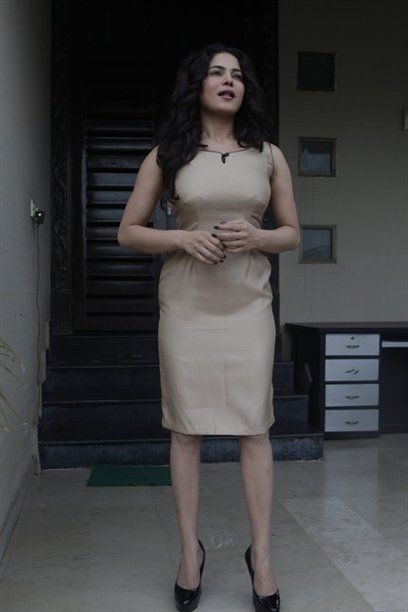 ISLAMABAD – A Pakistani actress who posed in the nude for an Indian magazine with the initials of Pakistan’s feared and powerful intelligence agency on her arm has triggered fury across this conservative nation.

Veena Malik’s photo on the website of FHM India, in advance of its publication in the magazine’s December issue, has been lighting up social network websites since earlier this week.

Many here anticipate a backlash, as nationalists and Islamists regularly stage rallies against anything they deem an insult to Islam or to the national honour. India and Pakistan have fought three wars, and the Inter-Services Intelligence agency or ISI has been accused of sponsoring terrorist attacks inside India.

Malik has broken Pakistani religious and national taboos in the past. She is a target for conservative ire and a heroine to some Pakistani liberals.

Conservative cleric Maulana Abdul Qawi declared on Aaj TV on Saturday that her latest venture into controversy was a “shame for all Muslims.”

In an interview with Pakistani Geo television broadcast Saturday, however, Malik said the nude photo was published in violation of her agreement with FHM India and she was considering legal action against the magazine.

Malik acknowledged having been photographed for a “bold but not nude shot.” She said the editor of the magazine had promised that he would cover most of the photo with the ISI initials.

The photo was intended to poke fun at the Indian fear of Pakistani spies, she said, adding “whatever happens (in India), people say ISI is behind that.”

Magazine editor Kabeer Sharma said Malik had given full consent for the shoot and the picture.

“We have all the record(s),” he told the Pakistani television station. “Veena was very excited about that ISI idea.”

Zubair Khan, a 40-year-old shopkeeper in the northwestern city of Peshawar, agreed, saying the photo had given rival India another opportunity to insult Pakistan.

“She has earned a bad name for the entire Pakistan nation,” he said.

Others questioned the authenticity of the photo.

“It seems to be an Indian attempt to malign Pakistan by faking her nude pics, or she might have done it to get a cheap publicity,” said Lubna Khalid, 38, a housewife in the southern port city of Karachi.

Twitter commentator Umair Javed however called on Pakistanis to “make copies of the picture and bury it in your backyard. This way, our grandkids will know there were some amongst us who lived free!”

Asked by reporters whether Pakistan would “pursue the matter” legally, the country’s Interior Minister Rehman Malik said Saturday, “First, let us see whether it is real or fake.”

Malik does most of her work in India. The entertainment sector there is booming, while Pakistan’s is moribund. Her ties to Pakistan’s archrival have landed her in controversy in the past.

During a much-publicized talk show appearance early this year, she lashed out her nemesis Abdul Qawi, who criticized her for having a scripted love affair with an Indian actor on an Indian reality show.

“What is your problem with me?” an angry Malik demanded of the scholar, who had accused her of insulting Islam.