Check out the ‘journalism’ (read, the propaganda of the leftist narrative for Islam) in this CNN post. They use every adjective for the attackers they could except, ‘terrorist’ or ‘Muslim’.

There is only one reason a man would spray 3 women with disfiguring painful acid because her family turned down his marriage request.

Because it wasn’t, nor is it ever a request. The question part of a proposal is a mere formality in Islam. If a woman, or even a proxy for a woman refuses then she must be shown what happens to women who attempt to act as humans capable of agency in an Islamic land. Just like the honor killings grown more and more common in the west with the ascendancy of Islam, covering it up by calling them, ‘Gunmen’, ‘militants’, or ‘insurgents’ does far far more harm than good. Call it what it is. Islamic terrorism and supremacy.

From CNN via the Blaze 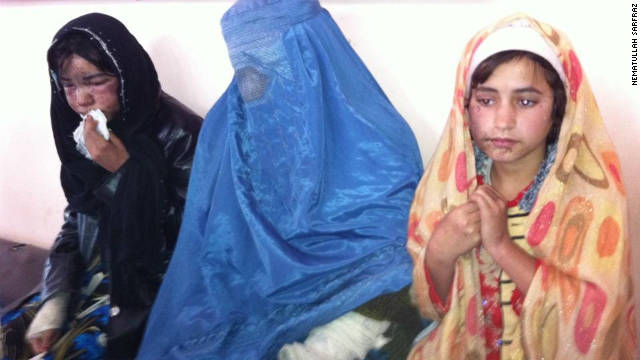 An Afghan family of five were sprayed with acid when the father rejected a man’s offer to marry his teenage daughter.
STORY HIGHLIGHTS

Kabul, Afghanistan (CNN) — Gunmen attacked and sprayed an Afghan family with acid in their home after the father rejected a man’s bid to marry his teenage daughter, authorities said Thursday.

The gunmen broke into their home and attacked the 18-year-old daughter, her two sisters and their parents, according to authorities in Kunduz province.

The teenager is in intensive care and her father is still hospitalized, said Abdul Shokoor Rahimi, a doctor at the provincial hospital.

The attack came on the heels of her family’s refusal to marry off the teen to another local gunman.

A month ago, a gunman tried to marry the teenager, but her family turned him down and instead got her engaged to a relative, said Nadera Geya, head of women’s affairs in the province.

“A few nights back, a group of armed men … poured acid over her, on her two young sisters and her parents after beating up her father,” Geya said.

The whole family was brought to the hospital Monday, local hospital officials said.

A search is under way for the attackers, who fled the area afterward.

Acid is becoming a famous tool for militants and gunmen in the area. Three years ago, insurgents in motorbikes sprayed acid on at least 15 school girls in southern Kandahar province.