We could have done it years ago. We could have beat these totalitarian, ultra conservative, ‘religious’ bastards when they rioted and burned and murdered with synthetic outrage over the Danish Cartoons of Jyllands-Posten.

We could have beat them just by laughing at their demands on how to limit our thought and speech and printing the cartoons everywhere. Showing them on TV. Printing T shirts with them and similar ones.

Instead, we folded like a cheap suit. Well France has offered a chance at redemption. I would ask that people especially in France consider the following action.

Print the same cover as Charlie Hebdo was planning to publish on your home printer, ideally colour but black and white would be fine as well.

Leave the printed copies where you can in public. On a bus, a subway, a train. Leave it near mosques and Islamic ‘community centers’. Not as a threat but as a response to a threat. We need to say that the more you try and determine the limits for what we can say or draw, the more ‘blasphemy’ (still the definition of a victimless crime, and triply so with Islam) you will get in return. That attacking our freedom to criticize authority of any kind, political or religious, the more you shall see what you hold sacred mocked in public.

This is serious. This is a chance to fight back. We know our institutions, overly comfortable with wealth and comfort no longer do the jobs for which they were created. As bulwarks for freedom and liberal democracy and instead are now mere stenographers for whoever is willing to use force. So now it is up to us. We have the means. A simple home printer. But do we have the will?

Below the break is the image, and encourage everyone to download it and print it. Make as many as you can afford and leave them in every public place you can. If we do not fight for Charlie Hebdo, then we are abdicating our right to self determination. Not just in speech and freedom of expression, but in all aspects of our lives. As the Islamic ‘hijra’ requires a never ending process of increased adherence to Islam.

This is no cartoon. 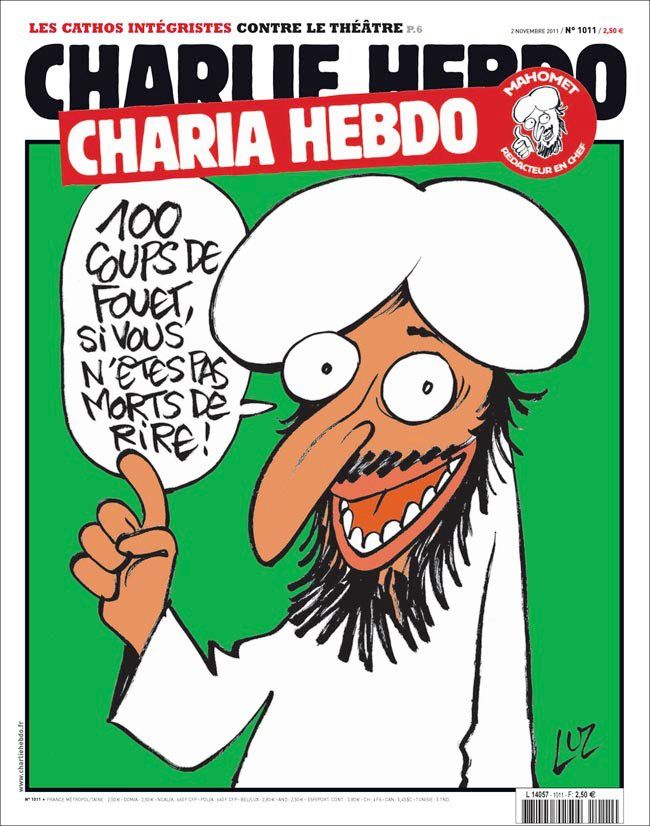 5 Replies to “France offers us another chance.”