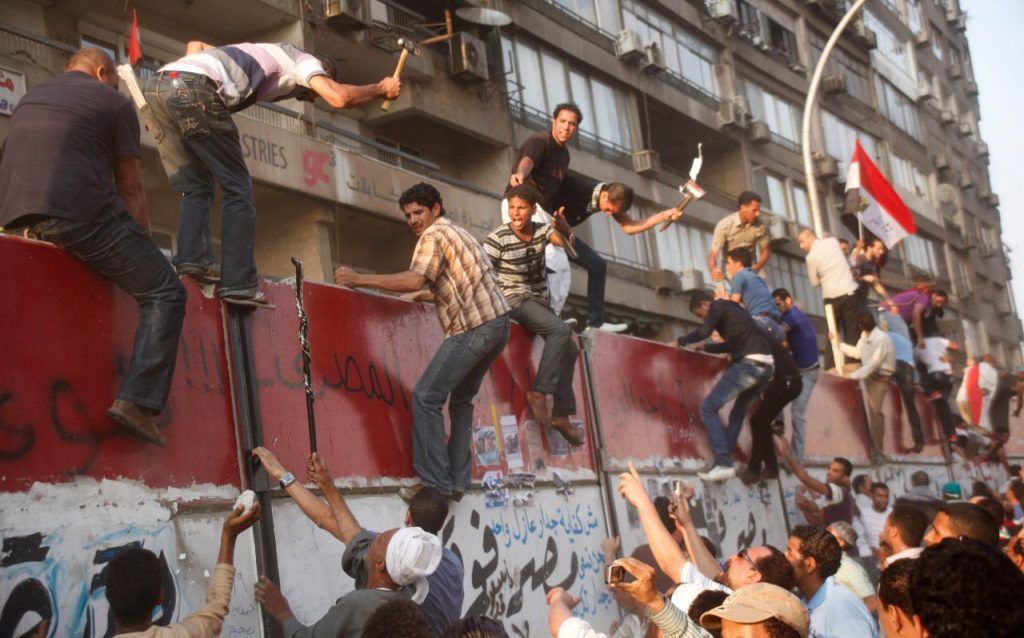 Some hundreds of Egyptian activists demolish a concrete wall built around a building housing the Israeli embassy in Cairo, Egypt, to protect it against demonstrators, as they raise their national Friday, Sept. 9, 2011. (AP Photo/Amr Nabil) 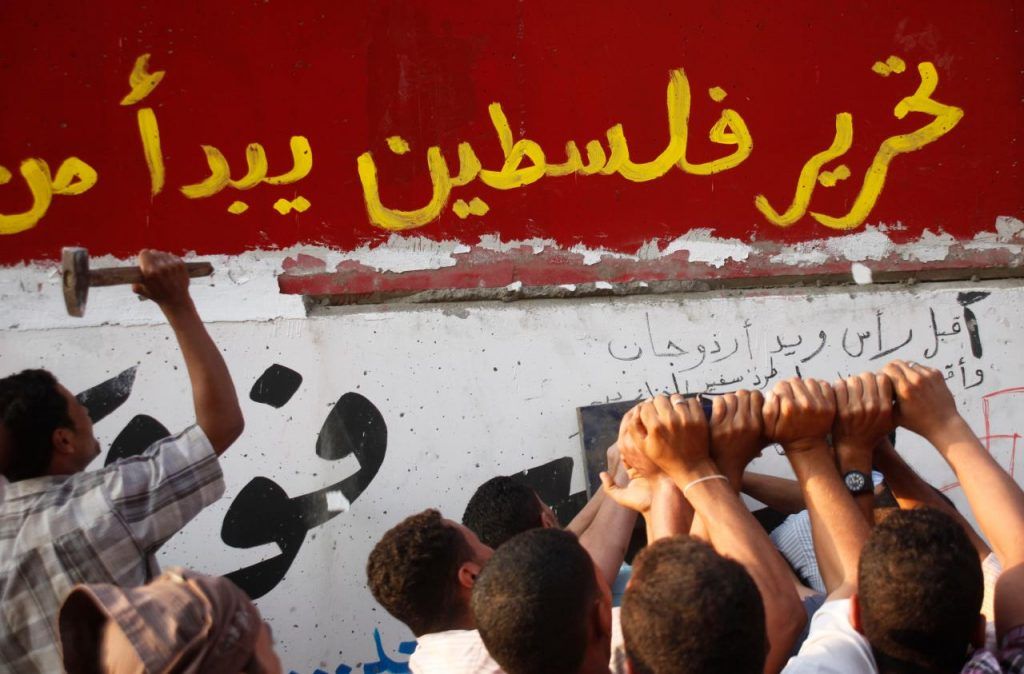 CAIRO (AP) — A group of about 30 protesters broke into the Israeli Embassy in Cairo Friday and dumped hundreds of documents out of the windows, Egyptian and Israeli officials said.

Hundreds of protesters had been converging on the embassy throughout the afternoon and into the night, tearing down large sections of a security wall outside the 21-story building housing the embassy. Egyptian security forces made no attempt for hours to intervene.

Just before midnight, a group of protesters reached a room on one of the embassy’s lower floors at the top of the building and began dumping Hebrew-language documents from the windows, said an Egyptian security official who spoke on condition of anonymity because he was not authorized to speak to the media.

In Jerusalem, an Israeli official confirmed the embassy had been broken into, saying it appeared the group reached a waiting room on the lower floor. He spoke on condition of anonymity because he was not permitted to release the information.

No one answered the phone at the embassy late Friday.