Few subjects are more universally heartbreaking than the plight of sick children. Yet in this country babies are routinely born with terrible disabilities that could easily be avoided — if only the dangerous tradition of first cousins marrying, which still prevails in many Muslim communities, could be stamped out.

A whole raft of genetic disabilities —from blindness and hearing problems to blood disorders — are being bred into our children thanks to this antediluvian practice.

As a British-born Pakistani Muslim, this is something I have seen first-hand — and yet, in this politically-correct age, it is seen as a taboo, with precious few people willing to speak out. 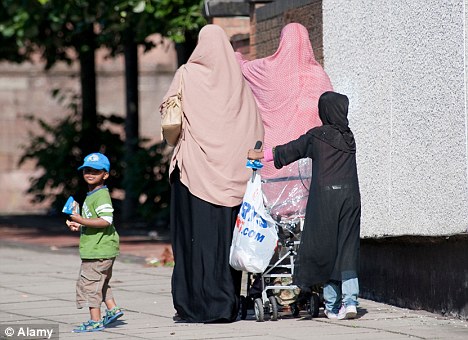 Shocking: The practice of inter-marriage within Muslim communities is leading to some children being born with a raft of genetic diseases

At the weekend, however, geneticist Professor Steve Jones from University College London made a brave speech at the Hay Literary Festival highlighting the health problems of ‘inbreeding’ within Islamic communities.

He warned of the ‘hidden genetic damage’ to children born when first cousins marry, explaining this occurs because children are much more likely to inherit two copies of any damaged genes from their parents.

While everyone inherits some abnormal genes, in most cases a normal gene from one parent will overrule a defective gene from the other parent. But if the child’s parents are related, they are more likely to both carry the same defective genes.

This is a shocking statistic, which is why I’m grateful that someone has finally been prepared to stand up and say what many of us in Islamic communities have known for decades.

I can only hope that David Cameron’s Government will not shy away from confronting a problem which for too long has allowed outrageous practices to flourish unchallenged in this country.

Growing up in England as the child of Pakistani parents (who moved here in 1965, five years before I was born) I know of several children, born to first cousins, who have severe disabilities. I have little doubt that most Muslims in this country would say the same.

It is a problem I have always been aware of. Thankfully, I was under no personal pressure to ‘marry within the family’ — indeed my own British husband is not even Muslim.

I am even more grateful for the fact that my two-year-old son has no health problems. 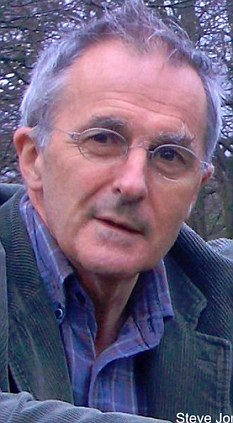 Brave: The problem of inbreeding within Muslim communities was highlighted by Steve Jones during a speech at the Hay literary festival

Unfortunately, others in my community cannot say the same. Many Muslims born in Britain are under intense family pressure to ‘marry within’, as a way of keeping money within the family. If they do not, they face being ostracised by their own relatives.

Studies show that in Bradford, which has a large Pakistani community, 70 per cent of marriages are between relatives — and more than half of these are between first cousins.

The result of this inbreeding? Terrible disabilities like the ones I have witnessed in the children born to a woman in my own community. Her first child was born blind, the second deaf and the third mute.

As if that were not tragic enough, these disabilities are simply accepted with a casual shrug. Because everyone seems to know someone with a sick child, it is barely commented on within the community.

In the Pakistani-Muslim communities I have experience of, it is not a cause for  concern. The only thing that matters is ‘marrying within the family’; after that, no questions are asked.

Those who do acknowledge the issue take no responsibility for the hardships they are inflicting upon their children.

To me, it is nothing short of shocking that this is happening in third, fourth and fifth generation British Pakistani communities.

My own mother, whom I love dearly, arranged the marriage of her niece to her nephew, the children of her brothers. If they have children, will they be born healthy? I just don’t know.

But no one should be surprised that blood disorders, diabetes and obesity are commonplace among Muslim children.

This is the case in Pakistan, of course, where these practices have been common for hundreds of years.

But while I can understand — without condoning it — why this might still be happening among poor, uneducated villagers halfway around the world, there is no excuse for it in a modern, advanced country like Britain in 2011. 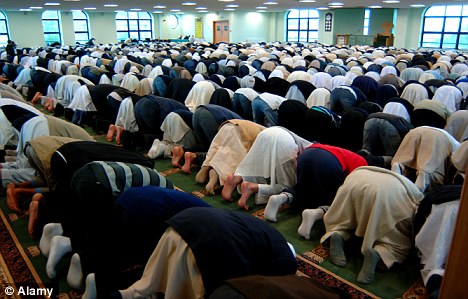 Devout: Muslims pray at a Mosque in Bradford. A study of the city’s Muslim population found that 70 per cent of marriages are between relatives, with more than half between cousins

One thing needs to be clear: these practices have no basis in religion — there is nothing in the Koran that dictates a man should marry his first cousin.

And while I’m prepared to stand up and say how appalled I am at the indifference of my own community, I am every bit as outraged by the lack of interest shown by liberal Britain to this deeply troubling problem.

Although as a nation we are quite prepared to storm into places like Libya and stand up for the human rights of their citizens, we do not have the same approach to social problems in our own country.

Terrified of being branded Islamophobic, most people simply choose to ignore these issues and are more worried about causing offence than the plight of these poor, blameless children. But in keeping quiet out of a misplaced sense of political correctness, we are failing our own citizens.

If this were a problem in any other section of the population, it would be openly debated and tackled. After all, it’s the overstretched state that is left, quite literally, holding the baby.

Because the Muslim community takes no responsibility for the disabilities among its young, it is left to the NHS and local authorities to provide healthcare and learning support.

While only 3 per cent of UK babies are born to British Pakistanis, their babies account for one in three of those born with genetic illnesses. 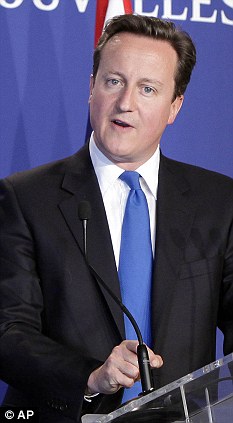 Time to confront the problem: David Cameron and the government need to step in stop this outrageous practice

When, for example, underage pregnancy was identified as a problem in the UK (and a drain on resources), efforts were made to educate the young, predominantly poor, white, women this was happening to.

Yet because this is happening within Muslim communities, those who speak out about it are made to feel racist, while the liberal elite step back, vowing not to ‘meddle’.

As a young woman who knows only too well how difficult it is to grow up in Britain’s prevailing culture, while another set of rules and norms dictate life within your own home, I would suggest that today’s young Muslim men and women would heartily welcome ‘interference’.

Most of them do not want to marry their first cousins, or have arranged marriages. Instead, they identify themselves as British and would like the laws and cultural traditions of this country to be observed within their own communities.

Many of the women who have been coerced into marrying first cousins probably do not speak any English, and will not even know of the health problems they may be storing up for their children.

There should be a mandatory genetic screening programme and counselling for any first cousins planning to marry, to ensure they are aware of the potential health problems they could be passing on to their offspring.

Similarly, anyone coming into this country to marry should have to be screened to determine their suitability for their intended spouse. Instead of taking pot luck, people would know the risks they were taking before they conceived.

After all, how can it be racist to protect the well-being of innocent children?

While it is the children who suffer most in all of this — having to negotiate life with crippling disabilities — the impact it has on their families should not be underestimated.

The woman I know who has children who are blind, deaf and dumb is now struggling on her own after her husband left her, remarried and went on to sire more children with another woman.

In the twisted logic that still governs many Muslim communities, this was seen as his right — because his wife had been unable to bear him a healthy child. She, meanwhile, is a single parent with three disabled children who has no choice but to ask the state to support her.

It is a shameful state of affairs, and the more courageous people like Professor Jones draw attention to it, the sooner these families can be dragged into the 21st century.

8 Replies to “Deformed babies and a shameful conspiracy of silence”