If you cannot call a person who stabs a sleeping family to death in cold blood, and then all the people who are like him who celebrate these murders by a public celebration and the handing out of candy ‘Savages’ then what exactly does the word mean? 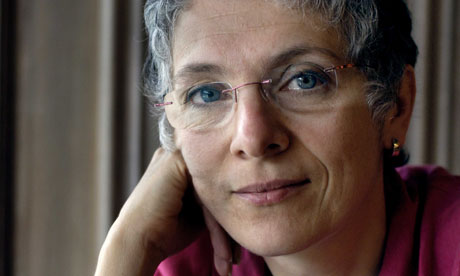 A Melanie Phillips blogpost on the Spectator website which referred to the “moral depravity” of Arab “savages” is being investigated by the Press Complaints Commission.

The online comment piece, headlined “Armchair barbarism”, focused on media coverage of the murder of five members of a Jewish family in the West Bank settlement of Itamar by Palestinian militants earlier this month.

“The moral depravity of the Arabs is finding a grotesque echo in the moral bankruptcy and worse of the British and American ‘liberal’ media,” wrote Phillips.

“Overwhelmingly, the media have either ignored or downplayed the atrocity – or worse, effectively blamed the victims for bringing it on themselves, describing them as ‘hard-line settlers’ or extremists.

“To the New York Times, it’s not the Arab massacre of a Jewish family which has jeopardised ‘peace prospects’ – because the Israelis will quite rightly never trust any agreement with such savages – but instead Israeli policy on building more homes, on land to which it is legally and morally entitled, which is responsible instead for making peace elusive. Twisted, and sick.”

The column, which also referred to coverage of the murders by CNN, the BBC and the Guardian – part of the group that publishes MediaGuardian.co.uk – prompted two complaints to the press watchdog, one of them from Engage, a group promoting Muslim engagement in British society.

Inayat Bunglawala, chair of Muslims4UK, said: “Her words went far beyond just denouncing the killings. It was a far more generalised racist outburst against Arabs as a whole.

“If you insert the word ‘Jew’ or ‘Jewish’ where she has referred to Arabs then I am sure she would have no doubt that those words would be antisemitic. Just as she abhors antisemitism it is important that she maintains the same vigorous anti-racist stance against Arabs. It is just unacceptable to use that kind of language.”

Bunglawala said he had also complained to the police about the column.

In November last year the Spectator and Phillips published an online apology to a prominent British Muslim they falsely accused of antisemitism in an online column.

The Spectator had not responded to a request for comment at the time of publication.