CNN News: with a thanks to OXAO 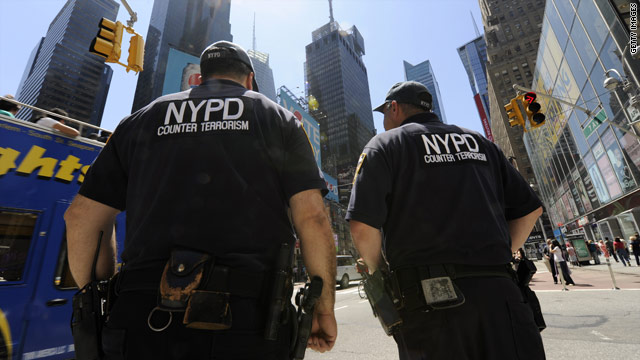 Washington (CNN) — Just weeks after the failed car bombing of New York’s Times Square, the Department of Homeland Security says “the number and pace of attempted attacks against the United States over the past nine months have surpassed the number of attempts during any other previous one-year period.”

That grim assessment is contained in an unclassified DHS intelligence memo prepared for various law enforcement groups, which says terror groups are expected to try attacks inside the United States with “increased frequency.”

CNN obtained a copy of the document, dated May 21, which goes on to warn, “we have to operate under the premise that other operatives are in the country and could advance plotting with little or no warning.”

The intelligence note says recent attempted terror attacks have used operatives and tactics which made the plots hard to detect.

The intelligence report says both men spent significant time in the United States and were familiar with their alleged targets. Furthermore, the plots involved materials that can be commonly purchased in America without causing suspicion.

The document also says Shahzad and Zazi had short periods of training overseas “compared to lengthier training cycles for earlier operations, reducing our ability to detect their activities.”

The report mentions both al Qaeda and associated groups such as the Tehrik e-Taliban Pakistan, which is known as the TTP.

The intelligence document also says terror groups increasingly are using westerners as operatives or in leadership positions in which they make public statements calling for Muslims to strike the United States. The document cites as examples Yemeni-American cleric Anwar al-Alawki and al Qaeda spokesman Adam Gadahn.

The report also mentions Omar Hammami, who grew up in Alabama and is now believed to be an operative with al-Shabaab in Somalia. Although al-Shabaab has not executed attacks in the United States, law enforcement officials have expressed concern that Somali-Americans who have gone to Somalia to train and fight could return to the United States and commit acts of terrorism.