I happened to be passing a loud loud protest today, a group of Iranians loudly demanding that the Islamic republic be replaced with a communist one. People clearly do not learn. The people who were tricked by the Islamics into placing them in power when the Iranians managed to depose the Shah of Iran, deposing him for more freedom, greater liberalism and individual freedoms, somehow managed to get the Iotollah telling each and every Iranian how ti live their lives according to some of the harshest of Islamic rule. Now, they seem determined to make the exact same mistake again since they are so close to regime change they can smell it. But what do they want to do with this fantastic potential? 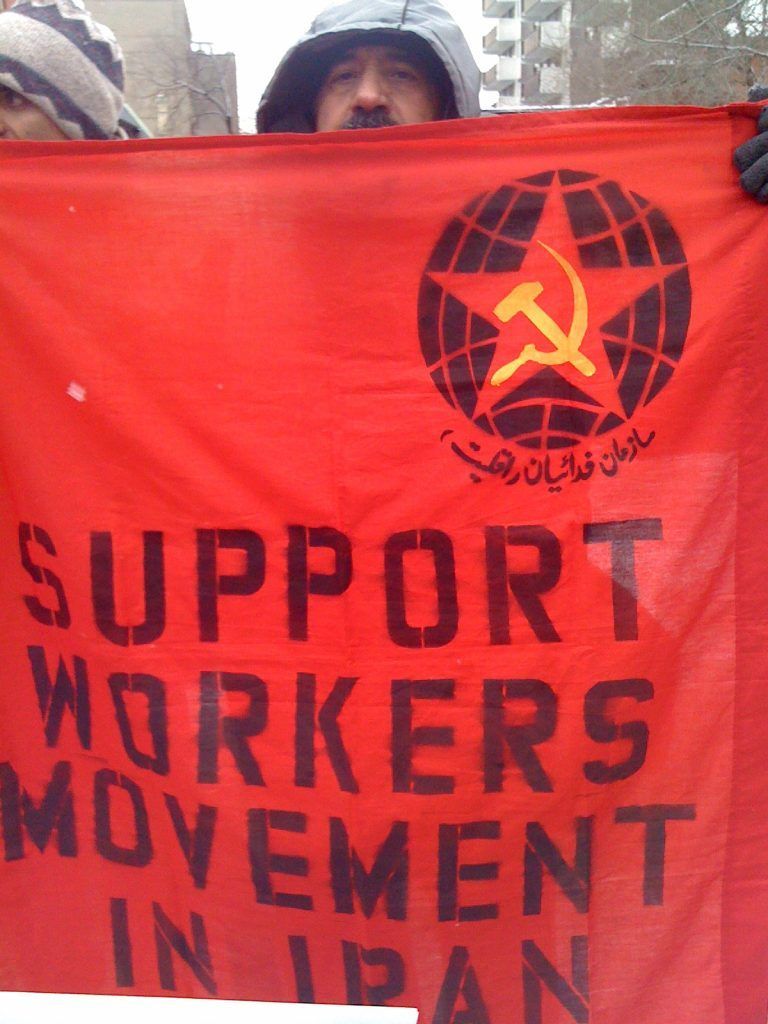 They want to be slaves to a subtly different flavour of violent collectivist fanaticism. How sad is that?

I actually did stop and speak with one fellow and asked him to please not make the same mistake twice and he told me “Communism is for everybody”. It’s not like you never hear that about Islam. 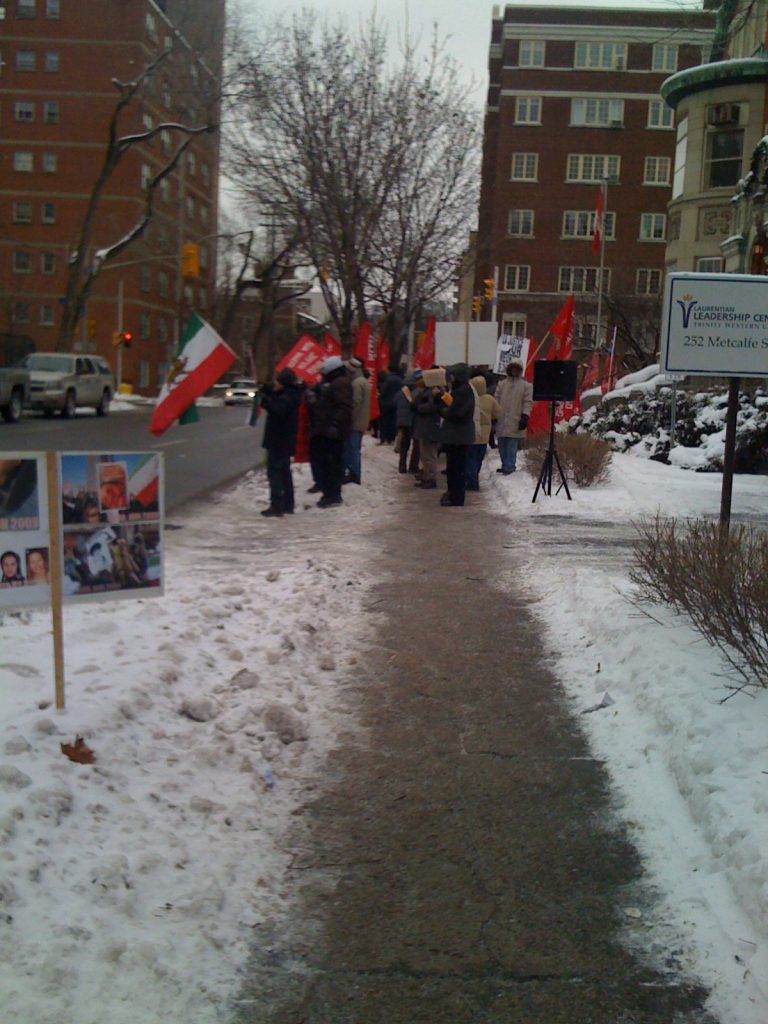 In this photo please take note: There was one actual lone individualist. I’m surprised they allowed him to join or hell even survive this protest. Mind you the day isn’t over. In any case there was one guy who I also spoke to, you can see here, has a flag of the Kingdom of Iran. He doesn’t like the commies either. At least one voice of reason in this protest but the rest of them were frankly nuts. I fail to see how old Soviet style communism is gonna be any better for Iran than the ‘Islamic Republic’ is now, or the Soviet one was for Russia. The Soviet one having killed more people during peace time, and destroyed whole nations not to mention being the most environmentally unfriendly ruling class of all time. Hell brown coal policies alone should earn them that right even if Saddam Hussein did commit ecocide to kill the Marsh Arabs, he didn’t do as much harm as the Soviets did to the environment through just ferociously bad planning. 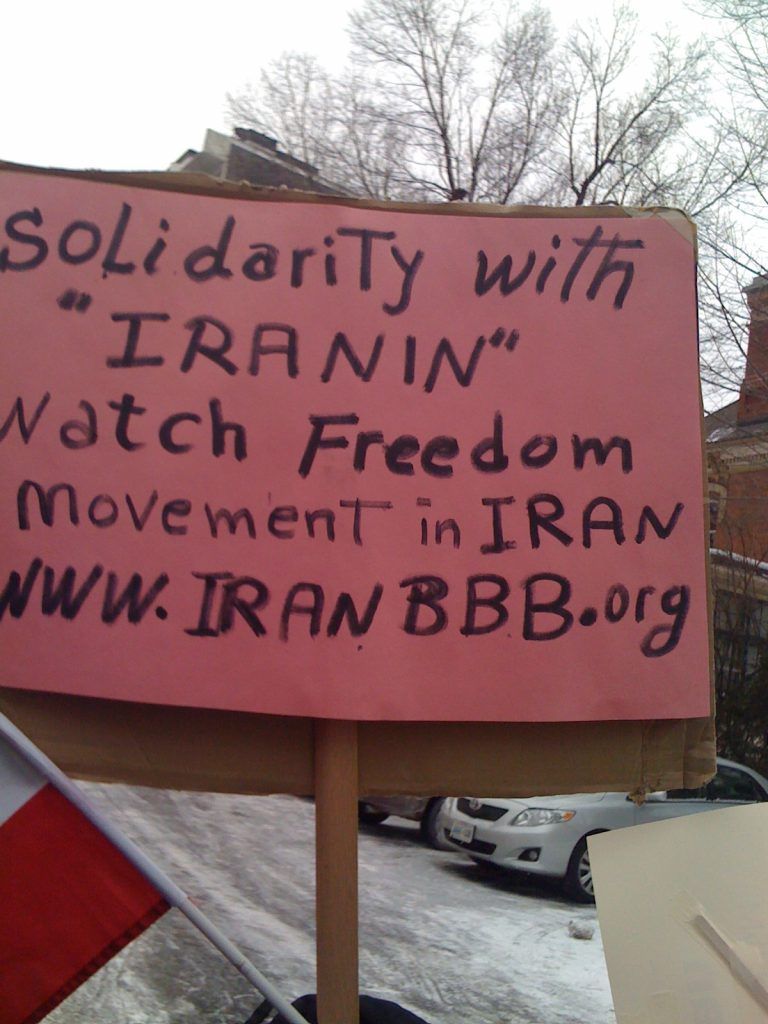 The site appears to be in Farsi but i’ll post the youtube vids of the riots here below the photos. Please refresh this article if you want to see more. I will be adding photos and videos for the next while. 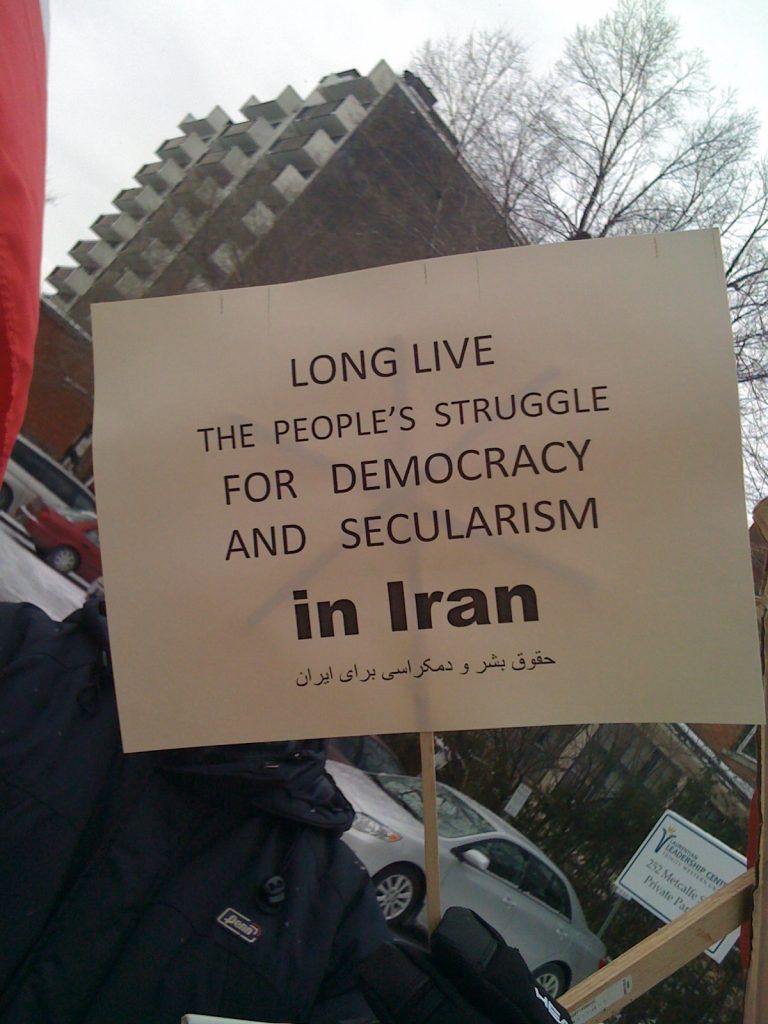 Now above is a sign I can get behind, in front of, and under. Here is a guy who’s head is on straight. Sadly, this probably means it won’t be on long. It would appear that the worlds more idiotic, irrational and fanatical people are gaining more and more control if the U.N. is any measure. However at least this guy and one or two others at this protest were not screaming commies. I do mean screaming by the way, they had a P.A. system that was loud and distorted beyond comfort. Anything that was said had to be screamed and the commies there were certainly up to the task. 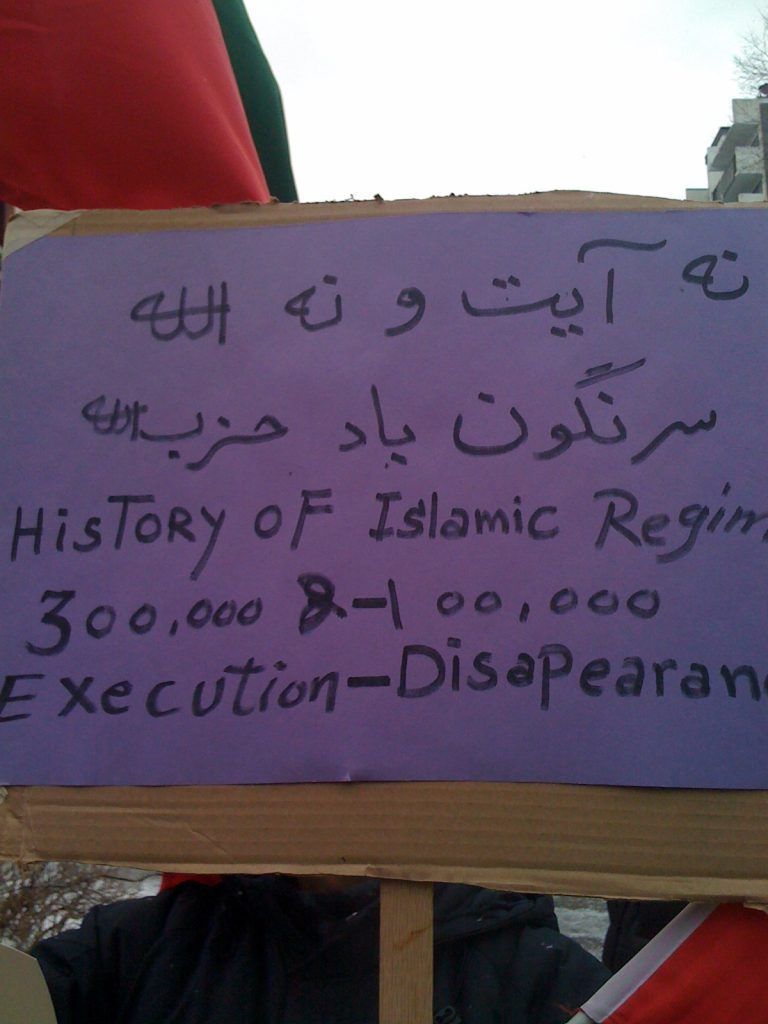 Why do I suspect those numbers are low? 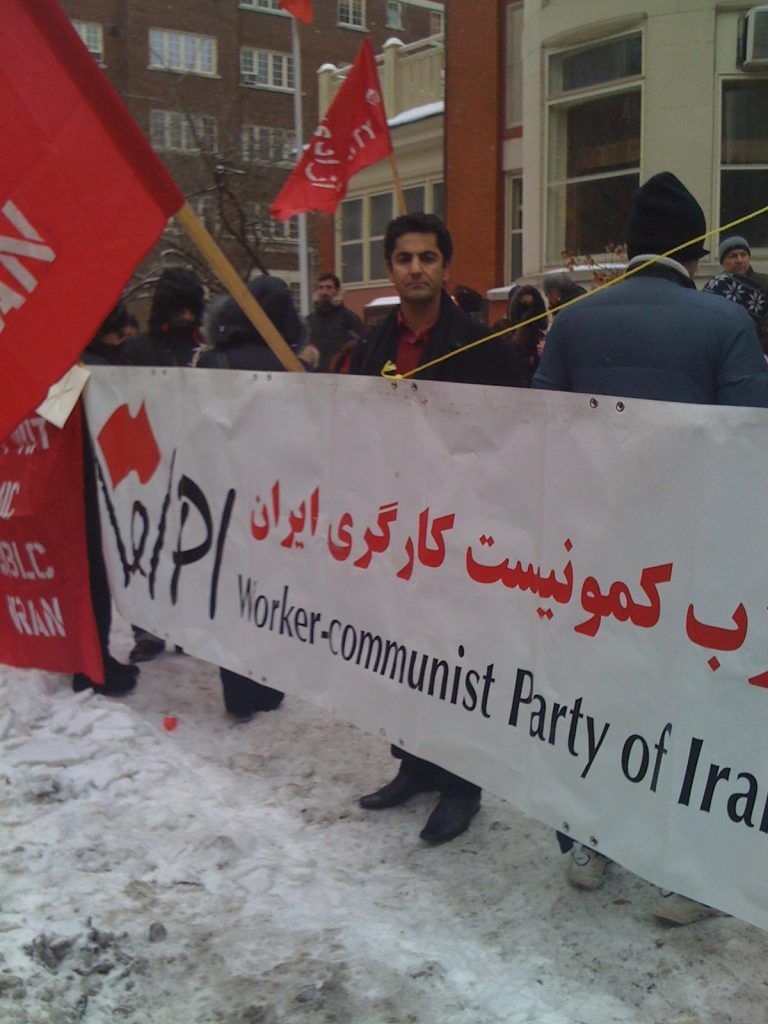 Tragedy personified. Out of the pan and into the fire. Of all the people in the world, the ones who should know better, are the people of Iran. Perhaps he is to young to remember the revolution that brought sharia law to Iran from what was the relatively benign Shah. More likely, he is a graduate of Carleton or Ottawa U.

I have a few more photos. Please leave a comment if anyone wants them.