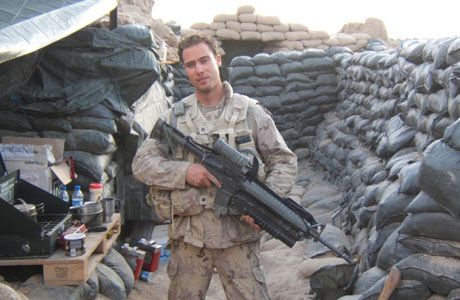 Ottawa – Army staff and National Defence headquarters officials were told in 2007 that young boys had allegedly been sexually abused by Afghan security forces at a Canadian base in Afghanistan, but the concern at the time was that the incident might be reported in the news media, according to military records obtained by the Citizen.

In addition, last year Brig.-Gen. J.C. Collin, commander of Land Force Central Area, passed on to the senior army leadership the concerns raised by military police who said they had been told by their commanders not to interfere in incidents in which Afghan forces were having sex with children.

The newly released records raise questions about a military investigation that earlier this year concluded that allegations about sexual abuse of Afghan children by members of the Afghan army and police were unfounded. The Canadian Forces National Investigation Service also stated that its thorough investigation concluded allegations of such incidents were never reported to Canadian military commanders.

The allegations first surfaced publicly in June 2008 after concerns about the incidents, originally raised by soldiers and military chaplains, were reported in the news media.

Former Cpl. Travis Schouten told military officials he had witnessed an Afghan boy being sodomized by two Afghan security personnel at Canada’s Forward Operating Base Wilson in Afghanistan in 2006. Another soldier also came forward to a Toronto newspaper to report a similar occurrence at the same base in 2006. A military chaplain talked about the abuse in a report sent up the chain of command at Canadian Forces Base Petawawa. Two other chaplains have also come forward to state that soldiers came to them upset about such abuses.

The issue is sensitive for the Canadian Forces and the federal government as the Afghanistan mission has been promoted to the public as being about protecting Afghan civilians. The Afghan National Army and police are seen as key to Canada’s military withdrawal from that country in 2011.

It is the position of the Canadian Forces that its troops have no jurisdiction over the activities of Afghan military and police personnel, even those operating on Canadian bases.

A second meeting about Afghan police and soldiers having sex with children was held later that week at National Defence headquarters involving senior members of the Defence Department’s civilian and military public affairs staff, according to the e-mail.

Included were details from military police who noted it was well known among Canadian troops that ANA and ANP personnel had sex with kids. Another was upset that military police were told not to intervene in such matters, according to the e-mail.

“At this late date I cannot specifically remember who delivered the said briefings however I can say that it was delivered in Gagetown and that it sparked considerable debate amongst the MP pers(onnel),” noted one police officer in an e-mail Collin forwarded to the army’s senior staff. The e-mail had been written by Maj. V.R. Ethier, the commander of 2 MP Unit, the army military police unit of Ontario.

“Of greatest concern to the MP members was the belief that if they were (to) intervene in any instances of this nature that they would not be supported by the C o C,” the e-mail added. C o C is a military term for chain of command.

Having sex with children is against the law in Afghanistan, but some military officers have argued that since it is practised by some Afghans, particularly in Kandahar, then the Canadian Forces should not get involved in what should be seen as a “cultural” issue.

He said a thorough review of military police records showed no complaints were made about the issue and “all the allegations were unfounded.” Bolduc noted that the investigation found the sexual abuse concerns were never reported to commanders.

Asked about the e-mails from Lt.-Col. Grenier and military police commander Maj. V.R. Ethier, he replied: “This is outside our lane.”

Bolduc said those issues could be looked at by a board of inquiry into the issue that had been ordered by Lt.-Gen. Leslie.

Last June, Defence Minister Peter MacKay told the House of Commons that troops would not turn a blind eye to the abuse of children. “Let us be clear, in no way, shape or form have Canadian soldiers and certainly the Canadian government ever condoned or excused allegations of sexual abuse against children in this country or anywhere else,” he said.

Another incident recounted in the Ethier e-mail detailed how a complaint was made about the sexual abuse of children to his chain of command in 2005-2006 in Kandahar and after that an Afghanistan commander dealt with the situation.

In addition, Brig.-Gen. Poulter received an e-mail on June 17, 2008 indicating that the sexual abuse issue had been raised by a Canadian colonel, a veteran of the war, during a military training session about Afghan culture. “He emphasized that it is not a practice that Afghan men discuss or practise in an open manner … one of those things that Afghans know happens but nobody talks about,” noted the e-mail to Poulter.

In addition, it appears senior Canadian commanders were also concerned about the abuse. In a June 13, 2008, letter to army commander Leslie, the office of Lt.-Gen. Michel Gauthier asked that an investigation be started into the sexual assault allegations. “Furthermore, initial queries suggest there appeared to be some concern of the part of the Roto 2 BG chain of command with respect to certain off-duty activities related to the same incidents later raised to the reporter,” the letter noted.

The records also indicate the allegations sparked much debate inside the military on what to acknowledge in public. The first response was to deny anything ever took place.

However, a series of “talking points” were produced on June 17, 2008, in which it was acknowledged in regard to “Afghan male sexual abuse of underage males” that “Soldiers are generally aware of this practice taking place in Afghanistan; They know that abuse, let alone of minors is wrong by our standards; They will report this activity to the appropriate authorities.”

It is unclear how the NIS investigation concluded the allegations were unfounded when other organizations inside the Canadian Forces were acknowledging that the sexual abuse was indeed taking place.

A board of inquiry, ordered by Leslie last year, is still under way. The board, which has not released its report, will look only at whether the one assault reported in media occurred. The board is to “identify the actions taken by individual CF members and the chain of command in response to that incident,” as well as assess whether medical care was provided to any soldier who witnessed the incident.

Recommendations will be made on how to address future incidents of that nature, noted the board of inquiry outline produced by Leslie.

Leslie will review the contents of the report even though, according to military records, a member of his staff was informed about the sexual abuse issue in 2007.

Leslie, through a spokesman, declined to be interviewed as the board is still ongoing.

Asked whether there was a conflict of interest in allowing Leslie to review the findings of the board examining how the senior army leadership responded, an army official noted that Chief of the Defence Staff Gen. Walt Natynczyk will also review the records.