For a while there, it looked like Muslims in Greece and Sweden may pull ahead of France on the coveted Islamic Olympics car burning event. The night of July 14th though made sure France stayed far in the lead with a stunning 317 automobiles torched on the one night. Not even close to the well over a thousand France can brag about from end of 2008, but still a respectable auto-arson by any standard. Or even automatic. 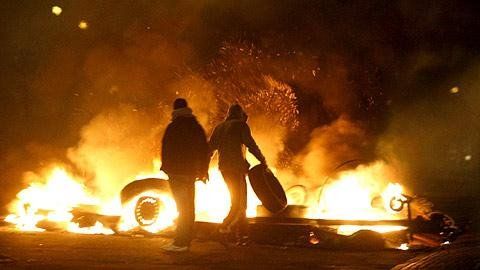 FRANCE: JULY 14; VANDALS BURN 317 AUTOMOBILES: ANSAMED INFO
(ANSAmed) – PARIS, JULY 14 – Some 317 automobiles were burnt last night in Paris on the eve of Bastille Day. The number of vehicles burned, according to an initial police estimate, was up 6.73% compared to the previous years. This type of violence and vandalism have become a sort of “fashion” for youths in the hinterlands of large cities during holidays, particularly that at year’s end. On the night of last December 31, a total of 1,147 cars were burned, up 30.64% compared to the previous year. (ANSAmed).

2 Replies to “France holds on to the gold in the car burning event.”