Muslim mother who sent her school age daughters to Pakistan to marry their cousins is jailed for 3 years. From The Daily Mail.UK 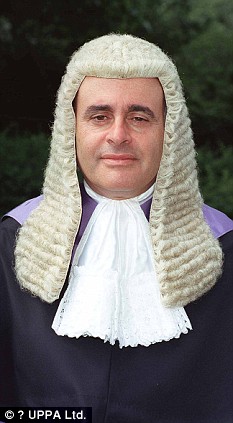 A Muslim mother who forced her two daughters to marry their cousins in Pakistan has been jailed for three years and ordered to sign the Sex Offenders’ Register.

She told her elder daughter that if she didn’t have sex with her new husband, she would tie her to the bed, blindfold and strip her, a court heard.

The woman, from south Manchester, also said she would be there to make sure the marriage was consummated. She cannot be named to protect the teenage victims.

She was convicted of inciting or causing a child to engage in sexual activity; two charges of arranging or facilitating the commission of a child sex offence; and two of intending to pervert the course of justice. She had denied all charges.

Judge Clement Goldstone QC ordered that she sign the Sex Offenders’ Register for life and told her: ‘You have absolutely no idea of the enormity of what you have done or its effect upon your daughters.

‘Forced marriage is cruel – it deprives children, your children, of their basic human rights. It must, and will, be distinguished by the courts from arranged marriage, which is conventional in many religions and societies.’

She was found guilty in April and sentenced at Manchester Crown Court yesterday.

Bunty Batra, defending, said it was a ‘highly unusual case’.

The mother took her daughters to Pakistan in 2007 for a family wedding, the court heard. But within a month, both were engaged to their first cousins.

Judge Goldstone said: ‘Everyone is entitled to his or her beliefs… but those who choose to live in this country and who – like you – are British subjects, must not abandon our laws in pursuit of those beliefs and that culture.

‘They will, if they breach the law, be punished in accordance with it.’

Both victims returned to Britain by September 2007. They later told their teachers, who called police.

One daughter told police: ‘Even though she has been mean, I forgive her.’

Judge Goldstone added: ‘The forcing of a child into marriage, against his or her will, will not be tolerated. Where a forced marriage leading to consummation is accompanied by threats of violence and is tantamount to cruelty, the punishment will be more severe.’