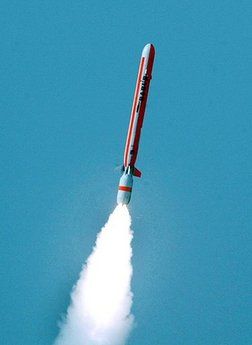 WASHINGTON (AFP) – Satellite photos released on Tuesday show Pakistan has expanded two sites crucial to its nuclear program as part of an effort to bolster the destructive power of its atomic arsenal, a US arms control institute said.

The commercial images reveal a major expansion of a chemical plant complex near Dera Ghazi Kahn that produces uranium hexalfuoride and uranium metal, materials used to produce nuclear weapons, said analysts at the Institute for Science and International Security.

At a site near Rawalpindi, photos suggest the Pakistanis “have added a second plutonium separation plant adjacent to the old one,” the ISIS report said.

“All together, these recent expansion activities indicate that Pakistan is indeed progressing in a strategic plan to improve the destructiveness and deliverability of its nuclear arsenal,” the report said.

The expansion would enable Pakistan to build smaller, lighter plutonium-fission weapons and thermonuclear weapons that employ “plutonium as the nuclear trigger and enriched and natural enriched uranium in the secondary,” it said.

The satellite images follow confirmation from the top US military officer, Admiral Mike Mullen, on Friday that Pakistan was expanding its nuclear arsenal.

Mullen on Monday said US military assistance to Pakistan was not being used by Islamabad to bolster its nuclear weapons program.

Given turmoil in Pakistan with the army waging war against Taliban militants in the northwest, the ISIS said the “security of its nuclear assets remains in question.”

“An expansion in nuclear weapons production capabilities needlessly complicates efforts to improve the security of Pakistan?s nuclear assets,” it said.

The Dera Ghazi Khan nuclear site in the past several years has been the target of at least one attack by more than a dozen gunmen, ISIS said, citing media reports. Nearby railway tracks have also been bombed.

The attacks have been blamed on separatists from the nearby Baloch region of Pakistan and not the Taliban, the report said.

“The brazen ground assault and nearby bombings are nevertheless troubling considering the role that the Dera Ghazi Khan plant plays in Pakistan?s nuclear weapons program,” it said.

CIA director Leon Panetta said Monday that Pakistan’s nuclear arsenal was “pretty secure” amid concerns the weapons could fall into the hands of Taliban militants.

“Right now we are confident that the Pakistanis do have a pretty secure approach to trying to protect these weapons. But it is something that we continue to watch because obviously the last thing we want is for the Taliban to have access to nuclear weapons in Pakistan,” Panetta said in Los Angeles.

The ISIS report urged the US government to persuade Pakistan to halt production of fissile material and join talks for a treaty that would ban the production of plutonium and highly enriched uranium.

“As an interim step, the United States should press both India and Pakistan to suspend any production of fissile material for nuclear weapons,” it said.

Pakistan has roughly 60 to 100 nuclear weapons that can be delivered by attack aircraft and ballistic missiles, the report added.