Recently various hate groups held an event called ‘Israel Apartheid week’ on campus’s across North America. They had a poster to mark the event which was banned from at least two universities at least in Ottawa and I don’t know where else. The poster depicts a young Palestinian children being targeted by an Israeli attack helicopter. 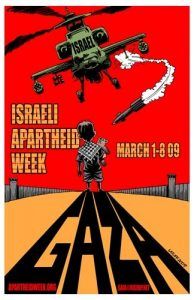 Banned at U of O

The response to this poster by Ottawa universities was for both Ottawa U and Carleton to ban it. One can see why they chose to do so. It is both inflammatory and untruthful. Israel in fact waged the most compassionate and cautious war in the entire history of warfare and many military men have said so. Perhaps more importantly, Hamas created a deliberate strategy of using its own children as civilian shields as would be known by anyone who had done any meaningful research. Vlad has a number of videos of Hamas operatives ducking across lines of fire grabbing children as they did so to protect themselves and dumping the children on the ground once safe. However, the response to lies is not to ban them. The response should always be the truth. After all, would we or anyone wish to post our own more factual and one hopes more effective poster on campus they would have had to ban them as well. It would have been far more preferable if the strategy by the Israel apartheid week people had backfired on them because everyone had the freedom to state their own cases. Here are two great examples of the proper response to this now banned and consequently famous poster above: 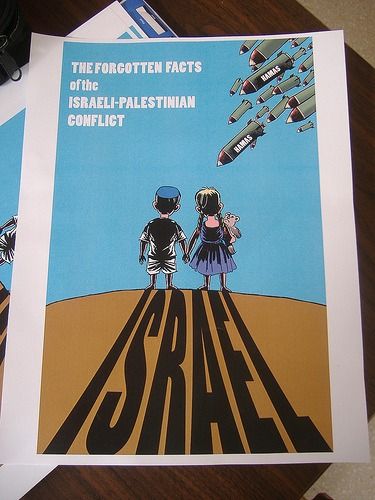 One Reply to “Why censorship remains a bad idea.”